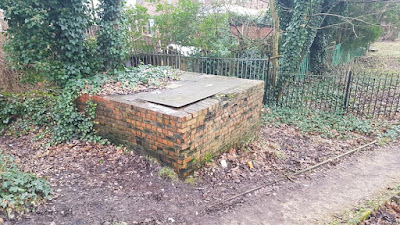 System 7, formed in the early 90s by Steve Hillage and his partner Miquette Giraudy, were one of the obvious links between the late 60s/ early 70s hippy movement and acid house. Hillage and Giraudy were both members of Gong, purveyors of space rock/ jazz psychedelia, and in the late 70s Hillage had more or less invented The Orb's sound with his album Rainbow Dome Musick. In fact, it was hearing that album played by Alex Paterson at Heaven with a house kick drum underpinning it that led to Hillage meeting Paterson and Hillage forming System 7. The intention was for Paterson and Hillage to record ambient house with Hillage's guitar high in the mix. Paterson and fellow Orb man Kris 'Thrash' Weston both feature on System 7's self titled debut and the follow up 777 album, as well as Tony Thorpe of the Moody Boys and KLF, Youth and Derrick May. On 777 Paterson's credit is noted as 'ambience, navigation'.

Steve Hillage was one of the people who was derided during punk, the Year Zero approach of 1976/77 designed to slam the door shut in his face and the generation gap swallow them whole. Finding favour a decade later with two ex- punks, Youth and Paterson, very much involved must have been very satisfying.

Steve Hillage was instrumental in establishing the Dance Tent at Glastonbury (another hippy- acid house link) and went on to produce The Charlatans 1994 album Up To Our Hips, a dense, swirling, post- Madchester, pre- Britpop record that is much undervalued, some of which echoes the late 60s space rock of Gong and Hawkwind. Feel Flows wouldn't be out of place in Ladbroke Grove in 1968. Jesus Hairdo is more focussed but just as much a hippy 90s as anything.


Christ, that brings back memories...great track.

Very good point about Hillage having to wait out Punk to get back in the ring, but keep in mind he did it much much earlier as the producer of Simple Minds Epic Opus Sons And Fascination/Sister Feellings Call. His work here makes him essentially important to Post Punk, having also produced Positive Noise and Robyn Hitchcock. In fact, I am not a fan of Gong, never really got into their sound, but I understand their influence. Hillage isn't the only important member to make his way back into music after Punk. Mike Howlett, Gong's bassist, produced so many artists from China Crisis and OMD to Gang Of Four, Comsat Angels, Martha And The Muffins Tears For Fears, The Revillos and of course A Flock Of Seagulls.