Sunshine After The Rain 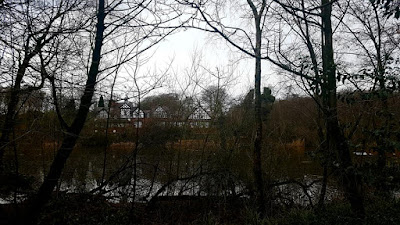 Denise Johnson's death in July came as a sudden and sad shock, the voice of so many records over the last three decades and a lovely person too- she was a voice of  reason and warmth on Twitter and someone about whom everyone says nice things. It's impossible to imagine Screamadelica, many of ACR's songs since 1990, Hypnotone's Dream Beam or Electronics' Get The Message without her voice on them.
Her solo album was released posthumously in September and sold out immediately (leading to a second pressing). It is only seven songs long, some covers and some of her own songs, done acoustically with her voice at the fore. Three of the covers are of Manchester bands (Denise was a proud Mancunian) and show her roots and love for the songs- New Order's True Faith, Well I Wonder by The Smiths and I'm Not In Love by 10cc. The other cover was this, Sunshine After The Rain, stripped down and personal.
Sunshine After The Rain was written and recorded by Ellie Greenwich in 1968, a slightly baroque mod- pop floor filler. The lyrics are classic, post- relationship break up and hoping for better days fayre.

The Sunshine After The Rain

It's probably best known as a cover by Elkie Brooks a 1977 single and as a 1994 pop- rave single for Berri (which also borrowed from I Feel Love). Berri's version may not be great art but it is a highly effective piece of pop music, a song which soundtracks drunken nights out in 90s pub discos, ironing out the heartbreak in favour of hands in the air and fistpumps.

It's a lovely album and I'd have love to have seen it played live.

A gig wold have been superb, somewhere small like Night and Day.

Gone way too soon. Hope Denise is looking down with a little satisfaction knowing how much she meant to so many.

Brian, that is a beautiful thought. The album is beautiful and Nothing You Can Do, one of her originals, is monumental and touching. It seems inconceivable that I won't hear her voice on new music in the future.