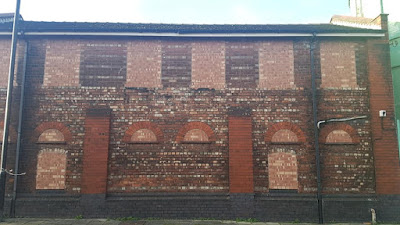 One of the joys of this time of year is the sense of not knowing what day it is, the blurring of all the days from Christmas Day to near New Year's Eve into one amorphous period of time, so apologies if the title of this post has brought an unwelcome burst of reality back.

At one minute past midnight on Christmas Day Kieran Hebden released two new albums on Bandcamp. One of them is called Parallel and is led by this twenty- six minute piece of music called Parallel 1.

After some answer phone messages at the start it settles into a slow moving pattern of notes and loops. Any changes are gradual and occasional. Elements drop in and out and at fifteen minutes in almost comes to a dead stop before picking up again. It gets much busier around nineteen minutes and then settles into being long single notes, drones with a voice. The rest of the album's tracks are Parallel 2 through to Parallel 10 and some of his familiar motifs, patterns, rhythms and melodic touches are present. All very cool and abstract. You can buy it at Bandcamp.

As you said - days fly by and you don't know what day it is. So here is a superb soundtrack for this.