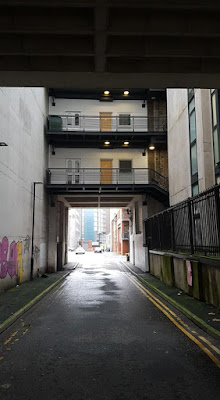 Earlier on this year I wrote about Manchester band Rig, one of the groups making a noise thirty years ago, caught up in the excitement of being in a city which had become the centre of the world for a while. Rig formed in south Manchester, the Didsbury/ Withington/ edge of Stockport part of the city and signed to Cut Deep Records. They supported Inspiral Carpets on a nationwide tour and contributed songs to two well received compilation albums, Home and Hit The North. Home had songs by Mark E. Smith, Milltown Brothers, New FADs, Paris Angels, World Of Twist, Rainkings, Swirl, What? Noise and Peter Hook's Revenge. Hit The North split it's two sides of vinyl into rock and dance sides had several of the above as well as The Man From Delmonte, Rowetta, Ruthless Rap Assassins, Krispy Three and a few others of whom I know nothing/ remember little (The Australians, The Bedflowers, The Jerks, All Of My Life). Between them they sum up something of the spirit of the times, lots of bands exploring new ideas, dance rhythms moving into rock music, guitar bands growing their fringes out, DJs and rappers, and some of the bigger players on the scene doing something on the side. 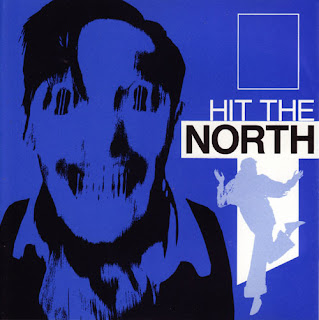 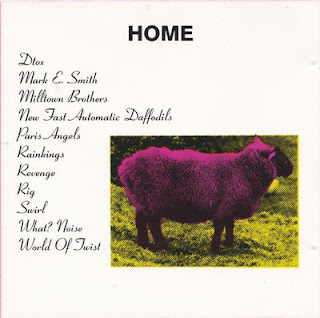 Killing time in lockdown Rig's guitarist Darren began to go through his archive of posters, flyers, music press clippings and photographs and put it all into one place (a blog, here). As he began to write about the story of the band and Tweet links to the posts, Rig's former record company Dead Dead Good got in touch and said they were interested in re- releasing the band's singles digitally. Dead Dead Good was set up to release The Charlatans early records by Northwich's Omega Records shop owner Steve Harrison but also had a massive hit in 1991 with the pop- rave classic Insanity by Oceanic.

One thing led to another and Darren began to tidy up Rig's back catalogue and got hold of the original master tapes, boxes containing DATs, reel to reel tapes and cassettes. He then came across the mini- album they recorded in the spring of 1990 at Suite 16, a recording studio in Rochdale previously used by Joy Division, Gang Of Four, The Fall and Teardrop Explodes. For some idea of the blue plaque worthy history of the place, Joy Division recorded Atmosphere there. Between February and April 1990 Rig recorded at Suite 16 with Manchester legend Stuart James producing and Swing Out Sister (and ex-ACR) Andy Connell playing keyboards on some of the songs. The songs were then shelved when Cut Deep Records were bust and Rig moved on to Dead Dead Good, re- recording some of the songs while also moving onto new ones.

Lost albums, thirty years old, recovered and restored are a great story, all part of the fabric of music. Rig's tapes were baked to remove the moisture from them, digitised and then Italian producer and engineer Matteo Cifelli remastered them. The six songs recorded in Rochdale, never previously released, have compiled alongside their cover of ESG's Moody which came out as a white label (produced by ACR's Martin Moscrop), the pair of songs from Home and Hit The North (B.R.O. and Thud) and another unreleased one called Spoilt Bastard. I posted Moody (Dance) back in September, a 1990 take on the Scroggins sisters early 80s punk- funk with a sample from My Life In The Bush Of Ghosts but it's well worth another airing.

On May 30th 1990 Rig played at the Richmond in Brighton. This video catches them playing V-Funk, all youthful energy, frenetic rhythms, noisy- funk and wah- wah guitar while singer Adam's stream of consciousness rides over the top. V- Funk in it's Suite 16 form opens the album, a big, brash blast of  mutant south Manc indie- funk.

Rig's album, ten songs in total, was released by Dead Dead Good last Friday and with some typical Mancunian confidence is titled Perfect. It was recorded when the group were all twenty and is being released as they all turn fifty. It's available digitally from all the usual streaming sites and some download ones too here. It's funny how sounds and styles swing in and out of style. There's much on Perfect, given a buff and polish this summer, that really doesn't sound three decades old, that actually sounds very contemporary-the heavy duty rhythm section, the off kilter mutant sax and keys and the rapid fire, choppy guitars, Rig sounding like a band who have arrived thirty years too late but bang on cue.

Wow that's great to read, I'm 99% sure I was at that Brighton Richmond gig in 1990, being as I was back then a student in Brighton. Where's the video by the way, is it on their blog? Great times, not just at the Richmond, but The Basement, and at the Zap Club on the seafront too, Bobby Gillespie sometimes on the decks. Rig had definite potential at the time and it's great to see the album out.

By the way, re. The Australians, the band on the Home compilation, they might be the Liverpool band fronted by a pre Space Tommy Scott...

Damn, I did of course mean the band on the Hit The North comp...

I've been to the Zap. In 1995 me, my girlfriend (soon to be wife) and another couple drove from Manchester to Brighton for the weekend. On the Saturday we queued to get in the Zap only to be told it was full. We told the doorman of our epic trek from the NW with the sole purpose of going to the Zap and he let us in. Can't remember who was on that night, definitely a name DJ.

The video as at Rig's blog with the full story of the group. https://rigband.blogspot.com/

Thanks Adam will check it out. Aah, many good nights at the Zap. It was always friendly so it's good to read your experience there a few years after I'd moved away. All the up and coming indie stuff played there in 88-91 and it had a distinct Acid flavour to a few of its regular nights as well.

What a great read, you nailed it.
Those venues and clubs were such good fun.