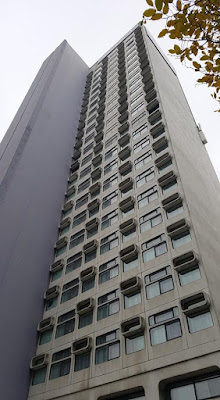 In 1985 Brian Eno recorded what could be his purest expression of ambient music, the sixty one minutes of Thursday Afternoon, a drifting, reflective piano piece, endless and unchanging. It seems to be as long as one of those Thursday afternoons we all experience as children where the rain keeps us indoors and there is nothing to do or the listlessness we feel as teenagers. An hour listening to this is time well spent- I suppose that's a lesson we learn as kids and in our teens, that doing nothing requires a certain kind of resilience. Eno captures the essence of doing nothing, something we've returned to at points this year.

From what I've read about him I don't think I'd find Brian Eno easy company but I like his ambient experiments.
I'm going to sound like an old git here but there used to be an art to doing nothing will surely be lost to future generations through smartphone use. Boredom through doing nothing made me first pick up a guitar at the age of 15 and start noodling with it, a hobby that, although I've never become a virtuoso, has seen me through the last 38 years.

Yeah I know what you mean, modern teenagers need never be bored.

Hmm, unless (SwissA) you accept that repeated swiping on a smartphone can also become boring after a while...?

You'd think so wouldn't you... the ones I know don't seem to be getting bored yet, but hope springs eternal....