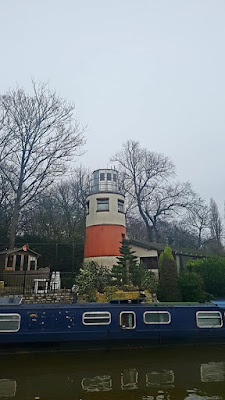 This is a little slice of early 80s lo- fi, D.I.Y., a one man band known as Lives Of Angels using just a drum machine, a keyboard, a guitar and a tape echo with some beautifully monotone, upper register vocals- motorik, alternative, a bit goth and a bit post- punk. The sort of song you hear in a strange little basement club on a midweek night and then never hear again until someone put it on a tape for you and then finally in the internet age you tracked it down.

Gerald O'Connor recorded his album as Lives Of Angels, a record called Elevator To Eden. It came out on 1986 on Fire Records but he was never satisfied with the mix and Gerald abandoned Lives Of Angels not long after. In 2012 it was picked up by a US based label, remixed and re- issued in a form much closer to the cassette versions Gerald made in 1983.

Your description of this is spot on - I'm transported back to the postpunk '80s, listening to some mates' demo tape or even the hometaped results of a sophisticated bedroom jam session. Ah happy days.

That is a little gem. Sounds like Weatherall might have played this on one of his eclectro mixes? I tried to google this. Ended up with Weatherall talking about his love for Irving Penn's gelatin silver photos of hell's angels. There is no end to this.
-SRC

I think it came to me via Chris Rotter, Weatherall's Wrong Meeting era guitarist. I know the photos you are referring to, very nice.