B Is For Beta 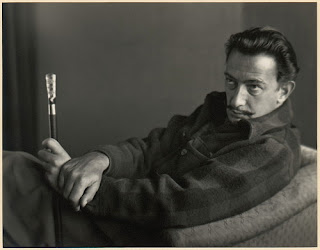 Listening to Steve Mason's recent solo album has led me back to The Beta Band. They were real one offs- maybe the only reason their second and third albums aren't given their dues is because they set their standards so high early on with the three e.p.s, later anthologised imaginatively as The Three E.P.s.

I drove to Leeds Irish Centre to see them play at some point in the late 90s, on a school night as well. We'd got free entry by claiming to be reviewing the gig for a Manchester music/arts magazine or something on those lines. It was hotter than hot inside- the sort of heat where you can feel beads of sweat running down the inside of your arm and the small of your back. This made moving difficult. And I was driving, so couldn't attack the heat with beer. Carl from Cud stood at the bar, his time long gone. The Beta Band were out of this world that night, versions of spooky trauma song Dr Baker and the trippy Needles In Your Eyes sticking in the memory for ages afterwards. And Dry The Rain of course.

This song shows the Beta Band from their best side. The groove is irresistible. One of my all time favorites. Nice story also - I remember one night I saw the Pogues on a hot summer night in overcrowded location. Came out as wet as I'd played football for two hours.

I love The Beta Band. They will have their day yet - someone, somewhere, sometime will recognise them as the Velvet Underground of their time and royally rip them off to great commercial gain.

The line 'Carl from Cud stood at the bar, his time long gone' should open a Johnny Cash song (Rick Rubin era)

'Wishing he'd written Dry The Rain,
but Only A Prawn In Whitby was his song'

An Ivor Novello Award for that man

Truly one of the most under-appreciated bands of the mid/late 1990s over here in the States. Thank you for reminding me just how pioneering they were.