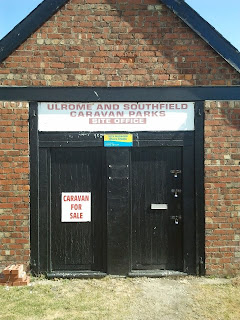 I heard Television's Marquee Moon on the radio last week- all ten minutes of it. Side One of Marquee Moon is one of my favourite Side Ones, and nothing else Television recorded matches up to it. And it doesn't matter. Sometime in winter 1989/90 myself, Mr AN and Tracy the Hippy drove to a gig in Warrington and played my cassette of Marquee Moon all the way there- See No Evil, Venus, Friction and MM sounded like the best guitar music in the world. For a band who invented punk's look (Richard Hell, departed to his Voidoids by the time of MM) and some of it's sound (Tom Verlaine) they have angular, clipped guitars but also a fluidity that marks them out as 1967 rather than 1977. Marquee Moon (the song) goes on for a very un-punk ten minutes and has an ace breakdown in the middle.

Yep! Huge song and your right: one of the best first one ever

Bought Marquee Moon and Definitely Maybe by Oasis one day after an afternoon on the ale and only one still gets played.
Clue - they are not City fans1

Ulrome..lol...Daint really think any other poor twat had even heard of it..Mi folks had a 'touring' caravan there as a kid, grannie and grandad and posh uncle and aunt had statics though, every weekend we'd drive out to feckin' Ulrome and have fun in rain and greenfly invasion...

The coast road to Ulrome fell onto the beach a while back. We found bits of it and concrete caravan pitches while walking on the beach. Good chip shop.

yeh, my Grans static had to be moved...Started with a football pitch away from the cliff, 10 years later their plot went over the cliff...Pretty scary really just how fast the erosion is.