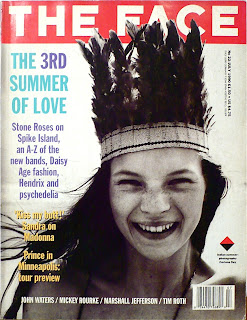 I used to love The Face. Between the late 80s and early 00s I bought almost every copy (and many of them are in the loft, awaiting a good sifting through). Yes, it was silly, pretentious, over-the-top, often very London-centric, and over-styled. But it was also done well, trend setting, at times laugh-out-loud funny, with some really good writers, totally hit the spot at times (and completely missed the target other times), covered issues as well as music and fashion, and its front cover felt like an event- in short essential monthly reading, a frippery but worth it. 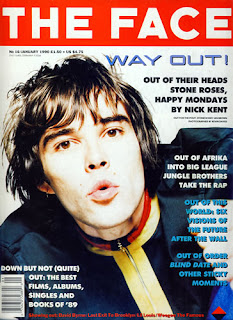 Above, the Madchester issue, in which Nick Kent made up quotes various interviewees allegedly said... and below Tricky and Martina Topley Bird 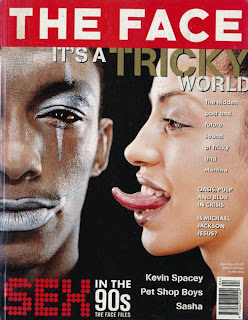 I bought a copy in summer 1987, a double sized, special edition, 100th issue I think. It tried to review the 80s- 'whatever happens now' it said, 'the decade is shaped, nothing can alter the way it looks from here'. Arf. Over the next two years acid house swept the nation, the north rose again, the Berlin Wall came down, Communism collapsed.... 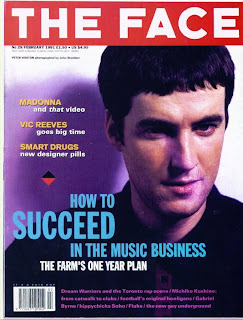 The pleasure of reading old magazines is seeing where they got it right and where they got it very, very wrong; the bands, records, trends and styles they were sure were the next big thing and are now buried in the 'where are they now?' file. I mean, no disrespect to The Farm (who at times I quite like) and I know Groovy Train was a big hit but 'How to succeed in the music business'?

Whatever it did though, The Face was rarely boring and for a while it did document our lives (or aspects of them). 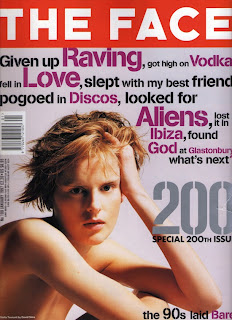 Raving, Aliens, Vodka, Discos, Ibiza... it's got the lot. 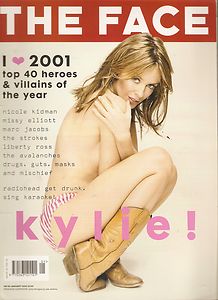 
Sorry, lost myself there for a moment... 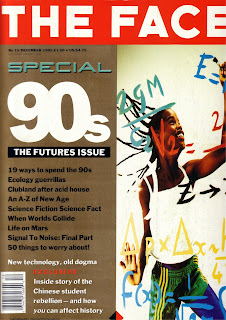 Actually I don't remember this 90s Futures Issue one at all. 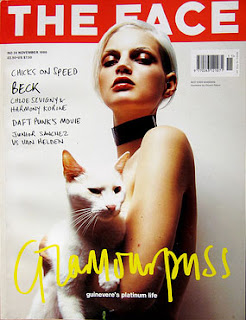 I more or less stopped buying it with this issue below- I was clearly too old for it, our time together had passed and besides I began to feel they were laughing at me. 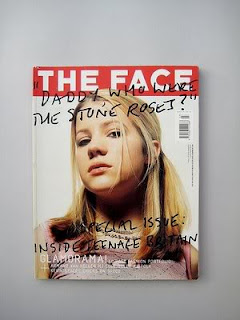 This is The High Numbers (early Who as I'm sure you know). I was going to post the magnificent Face Up by New Order from Lowlife but it's not on my hard drive and I can't be arsed ripping it at the moment. Laziness. Sorry. This is good anyway.

I was an avid reader of The Face and its near competition Blitz in the 80's but lost interest as its focus sort of shifted in the early 90's to trend jumping rather than trend setting. I did enjoy their love of overly opinionated writers.

Have you got the one with the article on Glasgow Scooterists, would have been 88/89? I misssed out on being in that by half an hour. Would love to read that again

Can't remember which I've still got and which I haven't. They're in the loft. Some have vanished over the years.

Loft. Thats very 'The Face' of you SA.

I remember reading it mostly feeling a sense of shame that I had spend 3.70 on it or whatever it cost. They did cover the house explosion well though

I meant to say that there was more than a little irony in the Face doing an article on Scooterists, as no scooterists apart from me that I knew bought the Face a lot didn't even know what it was.

Preliminary investigations suggests I haven't got that one Drew.

I found a copy on ebay. It's amazing what you can find on the internet.

I was reading that Tricky one yesterday, bizarre

D was the one for the Face. I can say that in my curmudgeonly way I'm proud not to have ever read any issue

I used to have the first 100 issues all boxed up in my old bedroom but my mum chucked them out.

That Kylie cover is especially transfixing.