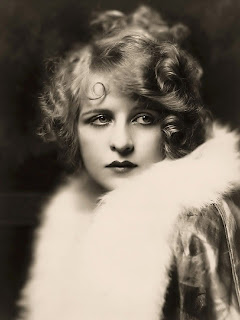 Krautrock (or kosmiche as it gets called now) has a reputation for being a bit difficult, a challenging listen, but much of Neu!'s output is like aural valium for me. I listened to Hallogallo the other day and felt considerably better for it- especially as at the moment the slightest thing has a tendency to make me feel like I'm about to lose it completely, swearing like a docker and stomping like a bull elephant. I've posted Hallogallo before so instead here's Isi instead- from Neu! '75, all piano and lovely warm analogue electronics with that good ole motorik drumming.

Amusingly years ago I had two of the three Neu! albums (Neu!, Neu!2 and Neu! '75) and found the one I didn't have on vinyl in HMV (which tells you it was a long time ago). I bought it, got it home and realised it was one I already had, so had to return to HMV and tell the man 'uh, um, I bought this. And I've already got it, can I change it for something else?' He looked at me like I was a total fuckwit- 'You bought it and you've already got it?' 'Yes. The sleeves are quite similar. And the song titles are all in German. And I couldn't remember which of their albums I'd got...' He did let me change it. Out of pity mainly. And my statutory rights.
Posted by Swiss Adam at 08:00

Aural valium - never heard this before but it describes this music exactly. I listened to NEU!2 today on my work to office.

A few days ago I posted a song from NEU! and I had to decide between Isi and für immer. Seems I did the right choice. Isi is also a great track.

I've bought various Fall things before that I had forgot I already had.

last week i found to my surprise a new (half)NEU vinyl in my favourite recordstore.
klaus dinger + japandorf
and it`s not that bad, sound like an updated version of NEU 75.
more guitars, less ambient.
and those typical dinger harmonies (and some of the dinger anarchy)

Excellent. I'm sure we've all been there. Well Drew. And CharityChic. And me (a Gospel collection, that a certain weegie then received in the post). looking forward to hearing this. Can we some Gong please?

George- I ain't got no Gong.

Mike- I heard a track off that Dinger Japandorf lp, think Weatherall played it on the 6 Mix last Friday. Sounded good.

Got to thank you for properly igniting my love of Neu! Had Neu2 for ages, but struggled with it (ditto the Faust tapes, but have never got beyond struggling), but Neu75 really really got me. As for buying the same record more than once I own 3 copies of Miles Davies' Porgy and Bess (long story, and it's only an album I quite like), plus 2 copies of one of the Fall 844589 compilations (can't remember which -therein lies the problem). Sorry I've been silent for so long -basically too f-in lazy!

here is the video for the dinger + japandorf song *udon*
http://www.youtube.com/watch?v=f5ZI8c41qwo