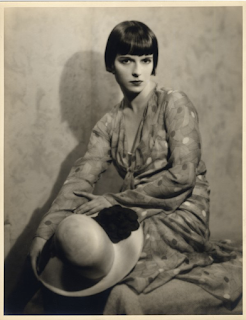 When we were kids, and I mean under ten years old kids, we had a Dansette record player in the bedroom I shared with my brother. We also had a fairly random selection of records. These included Buggles' Video Killed The Radio Star, several flexidiscs that came free with magazines (including a 'comedy' one done by Levis about black denim), Snap! by The Jam, some Barron Knights 7" singles, The Floral Dance, a Love Me Do 7", an album of the hits of 1969 re-done by session musicians, a bunch of Madness singles and whatever cowboy/C & W records my Mum thought we might like. I'm a little hazy on the chronology- all these records may not have existed in the bedroom at the same time but it's how I remember it. In fact thinking about it, Snap! didn't come out until '83 so that's much later. The Hits of 1969 album is in some ways my earliest musical memory- Galveston, Get Back and Harlem Shuffle standout in my mind, all played note perfect but probably perfunctorily by a bunch of men getting a flat rate for a day in a London recording studio.

Harlem Shuffle was a top 40 hit for Bob and Earl in the US in 1963 but went top ten in the UK on it's re-release in 1969. It's got those opening horns (nicked by House Of Pain in 1992 and causing confusion ever since- ooh, the Harlem Shuffle horns; do I stay on the dancefloor? Nope, it's House Of Pain). Then the grinding rhythm and Bob and Earl working their way lyrically through the full gamut of early 60s dancecrazes.  Apparently it was also Barry White's first production job.