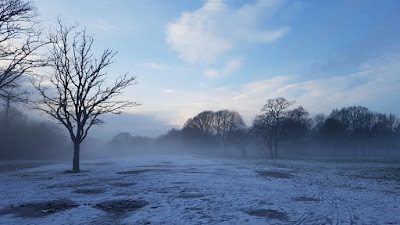 A year ago today Andrew Weatherall took over the controls at the NTS radio shack in Hackney for the first of his monthly shows of 2020, two hours to ease our way into the new year. We didn't know it at the time but it would turn out to be his penultimate show. There was little in the way of talk during the course of the show, just a perfectly stitched together two hours of instrumental, ambient, drone based music, music to 'dust the ornaments on the mantlepiece of your mind' as the man himself puts it. In fact, Andrew's introduction from the first thirty seconds of the programme is better than any other introduction...

'Welcome to the Temple of Gnostic Sonics... today's programme is a little bit different, it's a ritual designed to help you reflect and re- arm your psychic weaponry for the battles ahead... so if you'll don your ceremonial robes and headgear, we'll let the ritual commence...'

Music's Not For Everyone 2nd January 2020