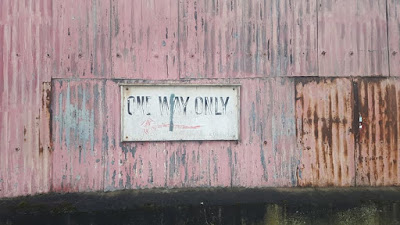 David Holmes recently returned to NTS radio for a two hour show in his God's Waiting Room series and it proves to be just what the doctor ordered, a much needed tonic  or dealing with lockdown in January- two hours of optimistic, drifting, reflective music. As well as the vague Balearic wooziness of Hyson Green, the spaced out cosmic boogie of Rose City Band and the dub splendour of Scientist and Jonah Dan there are two remixes of a forthcoming release from Ian Weatherall and Duncan Grey. Ian is the brother of Andrew. Ian and Duncan's cover of New Order's In A Lonely Place is set to come out on 17th February, the first anniversary of Andrew's death. There are two versions of it in God's Waiting Room, one remixed by Keith Tenniswood and one by Holmes himself- both are beautiful and the cover version also pays tribute to the importance of early Factory Records on a young Andrew and Ian-  Factory's experiment at being a Marxist record company based in the north, their art over commerce attitude, uncommercial nature and ground-breaking design. There's a Holmes remix of French beatniks The Liminanas, some gorgeous pedal steel ambient psychedelia from Luke Schneider and at the end the most heartbreaking but uplifting, unreleased track from Woodleigh Research Facility, a celestial, violin led, electronic opus.

Enough gushing from me, go listen to it. It's here. Full tracklist is here.

This is one of the two Luke Schneider tracks, Anteludium, from an album called Altar of Harmony.

A fitting tribute to Weatherall, a year after his passing. A great mix of mostly new material, very much in Weatherall's style. The haunted melody of 'In a lonely place' shines through. Incidentally there is a recent release of 'Ceremony' by the late house vocalist Rick 'Poppa' Howard. Although it appears incomplete at 3.10, I found his original minimal version very moving. See what you think?https://www.youtube.com/watch?v=NvFhVIkYSXE
-SRC

An absorbing, emotional ride but then I'd expect nothing less from the great David Holmes. Some fantastic selections there, with Luke Schneider and the versions of 'In A Lonely Place' particular standouts.