Tales Of The Future 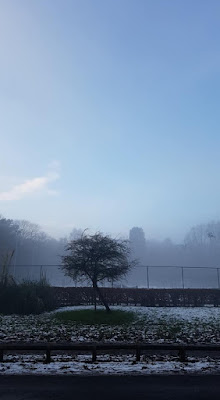 More and more I think that the soundtrack to Blade Runner has been a formative influence on my listening. Which is weird because if someone asked me to list my favourite artists I'd never reply 'Vangelis'. Then film came out in 1982 and I saw it at the cinema (the Scala in Withington, a very run down flea pit with three screens, two small ones downstairs and a larger one upstairs with double seats on the back row. Entry was £1 and they weren't too fussy about age restrictions. It later became Cine City and then was demolished). The look of the film, the non stop rain and night, neon lights, 1940s/ 1980s fashions, Harrison Ford, Rutger Hauer, Darryl Hannah and Sean Young all captured my attention- the famous roof top scene and Roy Batty's death (and Hauer's famous improvised lines) lingered long after the credits had rolled. Vangelis' instrumental score must have stuck with me too- the synths and keyboards, the rolling drums and pulsing synthesisers, the bleeps and sounds of the machinery worked into the music and the snippets of dialogue, the strange bursts of Japanese singing in Tales Of The Future, the ambient washes of sound and sudden rumbles of distant timpani... I hear these all over the place in things I listen to at the moment. Vangelis has a long shadow.

Tales Of The Future

Strange to think that when Blade Runner came out the year it was set in, 2019, was nearly four decades away in the future and is now two years gone. These Polaroids were taken by Sean Young during filming are an incredible time capsule and snapshot of the past/ future. 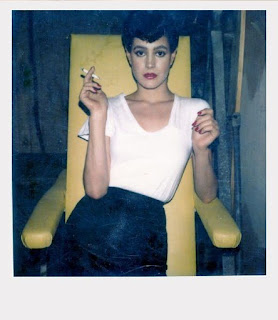 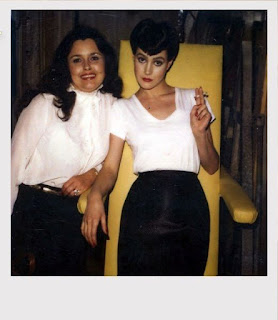 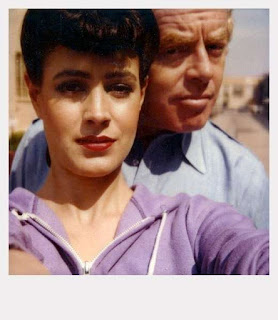 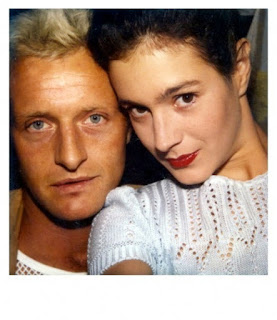 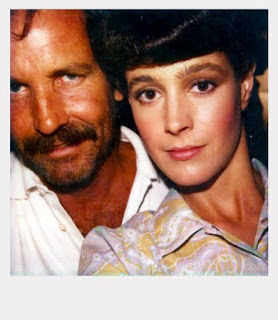 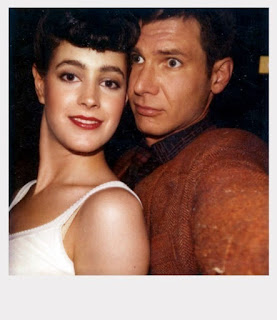 Recorded 10 years earlier but to my ears it always felt like a little precursor to the Blade Runner score.
https://youtu.be/5wzA2b36Jg8

Really must re-watch Blade Runner as I probably haven't seen it since the late eighties. I don't actually remember the score in any great detail but this has made me want to reinvestigate.

Roy Batty and Rutger Hauer both famously died in 2019

Same here, it was a bug influence on me. The film was a projection if the futurisms I'd seen in many black & white films and the early sci-fi and styles of the 49s & 50s mixed with the modern urban reality. Sci-fi noir, pretty much at it's best.

Apologies for the typos, I've only had 1 coffee this morning and a late night last night.

Wonderful polaroids of Sean Young. Such an iconic role and 'look'. Scott made those stunning early sci-fi's. Then seemed to wallow into bombastic meglomania with his later film making. From the sublime to the ridiculous, Sean Young as Rachel to Russell Crowe as Robin Hood. Incidentally Vangelis's 'Earth' LP is a great companion piece to his work on Aphrodite's Child's '666', a kind of yin and yang.
-SRC

The sequel is pish

I don't know Vangelis' Earth album SRC, will check it out.

Drew- I saw Blade Runner 2049 at the cinema. Walked out thinking it was overlong, a bit of a mess in the 2nd half with too many 'important' scenes. I was glad I'd seen it out of curiosity but wouldn't have been sorry if it hadn't been made.

LuckyLucas- that orchestral version was a poor a stand in.

Like the original the sequel gets better and better with every viewing.

The almost 40 year old original is one of my favorite movies from the 80's and I enjoyed the soundtrack but I kept this for a secret because to be a fan of Vangelis was irritating to many others. For god's sake I am over this period and as you say the shadow of Vangelis is long.

I had a feeling someone would say that Michael and I feel like I should watch it again.

The original is one of my favourite films of all time. Despite being told that the Directors' Cut and then The Ultimate Cut (or whatever it's called) are the definitive versions, I grew up with the original cinema release with it's 'film noir' voice overs and I'm not embarrassed to admit it's still my favourite version of the film. I was hopelessly in love with Sean Young following this film, but she never seemed to find a role that tapped into her true potential as an actor. The Polaroids are wonderful (& a nice reminder that selfies predated smart phones) and the music is just wonderful. If it wasn't so early/late, I'd dig out my Blade Runner DVD for another view.

My favourite bit of Blade Runner theme trivia: a computer game company couldn't get the licence for a Blade Runner game on the ZX Spectrum, so instead licensed the theme tune by Vangelis and made a game 'based' on that...

Really enjoyed this string of comments. In my all-time top 10 films, and the music has quite a bit to do with that. Going to pull the soundtrack off the shelf right now.

A bit back I was zooming through loads of music and a track came on and it struck me that it would have gone well with Bladerunner. I looked at the track listing and it was, appropriately enough, Electric Ballad off Eddie Harris’ Silver Cycles. Dunno if I’d spotted the track name without noticing and my subconscious did the rest. Don’t think so. Anyway, I just think it really goes. If the soundtrack hadn’t been by Vangelis the timeless jazz of Silver Cycles would have been a good choice.

Thanks Unknown, I'll find that and have a listen.