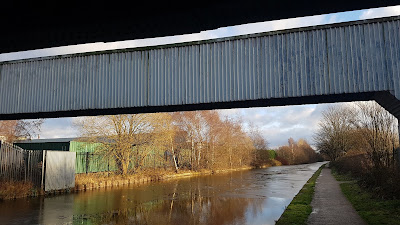 Some more more today, following Pink Floyd's More yesterday. First dose of more is from Iggy Pop, and his song I Need More from his album Soldier.

Released in 1980 Soldier was Iggy's fourth solo album, an album that doesn't have a great reputation but this song is a highlight. A clipped guitar riff, driving drums, somewhat murky sound and Iggy riding on top in good voice. Ex- Stooge James Williamson was supposed to be on board for producing but walked out after disagreeing with Bowie (who was hanging around, helping Iggy out). Glen Matlock, at a loose end himself after the Pistols broke up and flitting between various bands and projects that didn't come to much, came in to co- write and play. He suggested that the final mix had a lot of the lead guitar removed by Bowie (following an argument between guitarist Steve New and the Thin White Duke over girlfriend Patti Palladin, that ended in New punching Bowie). The lack of squealing lead guitar doesn't do this song any harm in fact, keeps it grungy. Simple Minds turn up on Soldier as well, providing backing vocals on Play It Safe. They were recording at Rockfield at the same time. Iggy's 80s albums are patchy in quality but I Need More is good stuff. I Need More was also the title of Iggy's 1982 autobiography, out of print and currently very expensive second hand.

A few years earlier, 1976, Can released a single called I Want More, a song that gave them a hit and took them to Top Of The Pops. The B-side was an extension of the A- side, Jaki Liebezeit at the krautrock disco, the bass and sparse guitar licks dancing around the rhythm, the whole group breathily chanting the title. Superbly funky stuff.

They aren't on my shortlist, no