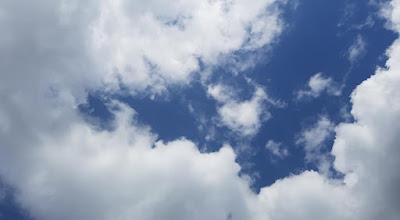 Our friend in Portugal, George, emailed me last week with the suggestion that this song would make a very candidate for the Monday long song slot. He's absolutely right.

Recorded in 1970 for the soundtrack of a British- West German film Deep End and released on their own Soundtracks album, also in 1970, Can's Mother Sky is fourteen and a half minutes long and starts with a jolt, seemingly mid- jam, Michael Karoli's guitar solo already underway. After a few minutes of this, with Damo Suzuki musing on vocals about mother sky, madness and purity, Can get down to the kind of groove that gives them their reputation- a stunning, mutant funked up rock groove, Jaki Liebezeit's drumming somewhere between jazz and rock without really sounding like either.

In 2008 French DJ Pilooski put out his own edit of Mother Sky, half the length of the original but centred entirely around the monstrous groove.

Good grief, I've been listening to the Pilooski Edit for over 10 years and the original for much longer. That's made me feel old.

I can really do without Michael Karoli's guitar solos. For me it's all about the mesmerising rhythm section and Damo's incantations to Mother Sky. Pilooski, as always, nails the groove. I watched the recent reprint of 'The Deep End'. It must sit there along with 'If' and 'Performance' as one of those period gems that seeped through the cracks in the hippy dream. Unsettling and hyperreal and Jane Asher as you have never seen her before.
-SRC

Karoli can be a bit teeth grating at times I agree- the groove is everything and that section that Pilooski builds his edit from is really special.

I really like Pilooski's edits but somehow missed this one. I echo Jake Sniper's comments - hard to believe that this and last week's Todd Terje edit are over a decade old.