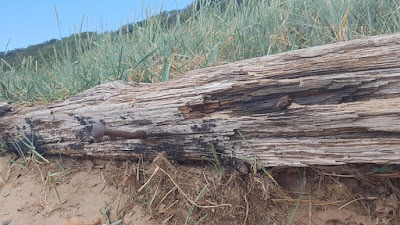 Richard Norris continues to produce his Music For Healing series, monthly long form pieces of ambient/ deep listening. It started in March last year, and turned out to be an excellent way to deal with the pressures of lockdown. This year's releases have all been named after the months they appear in- June's is a particularly special piece of music. It's at Bandcamp. As it plays, the twinkling synth parts and washes of warm drone, there are moments where it really reminds me of Vangelis' Blade Runner soundtrack and especially Roy Batty's death scene with Rutger Hauer's partly improvised monologue.

'I've seen things you people wouldn't believe. Attack ships on fire off the Shoulder of Orion. I watched C- Beams glitter in the dark near the Tannhauser Gate. All those moments will be lost in time, like tears in rain. Time to die.'

As June plays it attains a real sense of weightlessness, of being beyond gravity, the feeling of drifting through space. This feed from the International Space Station provides some very fitting footage to go with Richard's music.

Beautiful, in every combination.

June's Music For Healing is my absolute favourite (granted I say this most months), but this one is positively jaw dropping in both it's scope and delivery