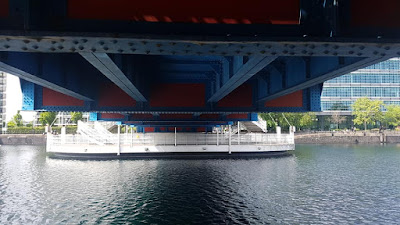 Jas Shaw (of Simian Mobile Disco) has released three EPs this year, each seven tracks long and each named Sollbruchstelle (German for breaking point). Due to lockdown as a result of Covid and a diagnosis of a rare disorder which leaves him without properly functioning antibodies he has shut himself away, eating, sleeping and producing music in one room. The result is twenty one tracks written and played using synths and keyboards, minimalist and ambient (foreground ambient not background ambient), repeating patterns and motifs, detours into neo- classical, mechanical textures but emotive too.

You can buy all three at Bandcamp. Sollbruchstolle 1 Become The Scenic Route is here, Sollbruchstolle 2 Absent And Incorrect is here and Sollbruchstolle 3 Snacks Of Carelessness is here, only £3 each. There's a lot to take in in one sitting which is why I suspect he's split them across three separate releases over three months but there's much to get out of them too- introspective and reflective as you'd expect given Jas' situation but outward looking at the same time.

One for walks I think