Come See About Me 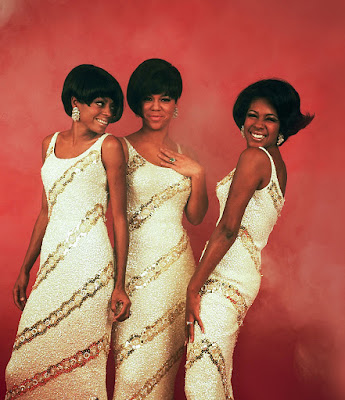 I've been reading Stuart Cosgrove's Detroit 67: The Year That Changed Soul,the best music related book I've read for some time (and have Jon Savage's recent Joy Division book lined up next which promises to equally good). In Detroit 67 Stuart Cosgrove takes the reader through 1967, month by month, starting with the city almost completely shut down due to snow. From there on we see the year largely through the prism of Motown and the disintegrating relationships within The Supremes which led to Flo Ballard being removed from the group (and she then takes some dreadful advice and makes some poor decisions which would contribute to her tragically early death at the age of just 32 in 1976). Throughout the year Berry Gordy faces further simmering discontent from his writing team Holland- Dozier- Holland, multiple lawsuits, the death of Tammi Terrell and Marvin Gaye's desire to move into recording socially conscious, politically aware songs (something Gordy tried to resist) and ructions within The Temptations (who would shift stylistically themselves as Norman Whtifiled began writng and recording their songs, making widescreen psychedelic soul). The year ends with the suicide of writer Rodger Penzabene, the lyricist of I Wish It Would Rain. John Sinclair and the MC5 are present, the hippy counter-culture battling police harassment, drug laws and right wing attitudes and violence. Central to the year and the book are the riots of July, five days of rebellion against a racist police force which culminate with the terrible events at the Algiers Motel and the subsequent court case and smouldering injustice. The Vietnam war, white flight from the centre of the city, a rising murder rate- it's a wonder the city survived at all. Detroit 67 is a meticulously researched, well written and fascinating study of a record label, individuals, a city, society and the USA as a whole. 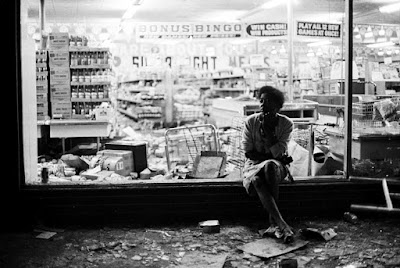 There are times when the more you know about a musician/singer/writer/pop star, the less you like them. You can insert your own recent examples here I'm sure. Does it taint the music? Sometimes I think it does but then I put The Supremes on, and the thundering backing of The Funk Brothers comes into earshot and the combined talents of Holland- Dozier -Holland and Wells, Ross and Ballard for three minutes make the doubts fade away.

Come See About Me
Posted by Swiss Adam at 08:00

All three in the trilogy are a great read but his best book for me is Young Soul Rebels which has a bit on the Allanton Miner's Welfare, where I had my baptism into the phenomenon of the Northern Soul All-Nighter

Sounds a great read.
Love this song and funnily enough was just thinking about it and the Afghan Whigs' brilliant version of it after visiting Drew's place yesterday.

I've been in Allanton Miner's Welfare Drew
A place where you risk life and limb if you interupt the bingo or attempt to take your drinks back to the table without using a tray.
The drinks were ridiculously cheap though

I have this on the To Read pile, looking forward to it. I can't imagine anything ever stopping loving the Supremes, Four Tops et al. The music (as in other, more recent cases) will prevail whatever unpleasantness is unearthed.

Agreed Rol. There's a story about James Brown that makes me think twice about listening to him again though.

I think I'd rather not hear it. Chuck Berry is bad enough!

I had read about Ms Ross previously but this book reinforced my view of her. Her voice was never that great anyway, she probably had the slightest voice of the three but the sharpest elbows and the right man friend.

Is the James Brown story the one regarding Tammi Terrell? I do find it difficult listening to his stuff after I read that one.

Yep, that one Drew. I don't think of myself as very shockable but that one did

There's a bit where Cosgrove writes that Diana Ross made a strength of her weaknesses- her voice was thin but stood out, her physical frame was tiny but looked right in the 60s mod fashions, her face suited the close ups in magazines etc.

"Come See About Me was sandwiched between "Baby Love" and "Stop! In the Name of Love", so I think it tends to get overlooked.