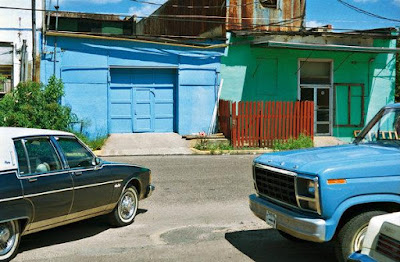 May must be a prime time for throwing your art out into the world, this is the fourth new music post in less than a week here. Today's new music alert is from Lee Scratch Perry who has an album out at the end of the month, recorded with Adrian Sherwood at the controls. Rainford is a personal, autobiographical record recorded in bursts over two years in London, Jamaica and Brazil. Sherwood describes it as the strongest set of Scratch songs for years and set out with the intention of doing for the Upsetter what Rick Rubin did for Johnny Cash. The lead single Let It Rain goes some way to fulfilling those aims, catchy as you like and sounding like a song for the summer. The album can be pre-ordered at Bandcamp.

Scratch is on Twitter. On Sunday he Tweeted 'ALTHOUGH WE’RE IN THE END TIMES, WE ARE NOT AT THE END OF THE TIME. BE CAREFUL WHO YOU LISTEN TO.
SATAN IS RAGING NOW BECAUSE HE KNOWS THE TIME IS SHORT DON’T LISTEN TO GLOOM AND DOOM. IT IS TRICKERY DESIGNED TO DRAG YOU DOWN. WE SHOULD BE REJOICING AT WHAT GOD IS BRINGING FOTH! And there's plenty more where that came from.
Posted by Swiss Adam at 08:00