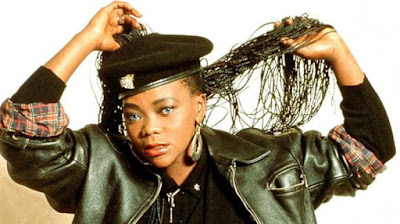 A few weeks ago Drew posted this song on Twitter in our semi-regular Sunday night slot, a brave attempt to stave off the Sunday night blues. There haven't been any Sunday night blues this week- it's been a bank holiday weekend and this week is half term so those blues will wait until Sunday 2nd June (by which time after a week off they'll be much worse admittedly).

Back to the song- Vul'indlela by Brenda Fassie, a song I think I'd heard before but which really struck a chord with me this time.

Brenda was a South African singer, born in Cape Town and making records in Soweto from the mid 80s. She became hugely popular, someone whose clothing and style was widely copied by her fans, a voice for the poor of South Africa. She became known as the Madonna of the Townships, unafraid of being outspoken or of living her life how she wanted to. She died aged just 39 in tragic circumstances. Vul'indlela is a perfect piece of mid 90s South African dance pop, infectious and uplifting, a song which travelled across Africa and beyond.

Vul'indlela translates as 'make way'- the song's opening lines translate roughly as 'open the gates you gossiping  neighbours and make way, my son is getting married today'.

God, I love this. Still haven’t a scooby what the rest of the song is about. Not sure it really matters when it sounds as gorgeous as this