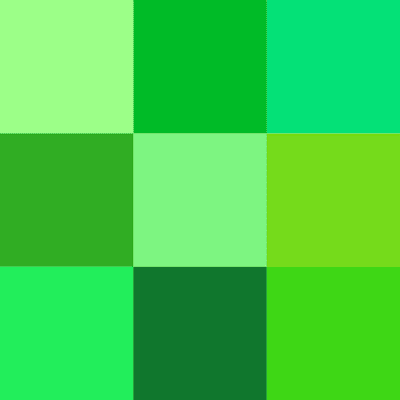 I thought it was interesting that the message the two major political parties took from the local elections three weeks ago was that 'the British public want Brexit got on with- get us out of the EU'. That I suppose was one interpretation, despite both of the them losing seats nationwide (Tory losses admittedly outstripping Labour losses by some distance). Another take on the results was that the parties that gained the most at the local elections were those explicitly taking a stance against Brexit, who have opposing Brexit as policy. Today we have European elections, three years after voting to leave which is a small victory in itself, and it seems that this is an ideal opportunity for those of us still against leaving the EU, those of us who have seen and heard nothing to convince us that leaving is in the national interest, to send a loud and clear message. The only way to do this is to vote for parties who have remaining in the EU as their policy.

The Tories want to leave, it's their baby, they started digging the hole and have kept on shovelling. Labour, despite Keir Starmer's efforts, are a leave party- it is party policy and they have spent the last three years fudging it. The ongoing attempt to appeal to both leavers and remainers, for fear of 'losing the north', is misguided and unprincipled (which is odd in itself for a party led by people for whom principles are supposedly the key to their politics). Labour's stance on Brexit is political, has nothing to do with principles, and is failing. Nigel Farage's Brexit Party will undoubtedly mop up lots of votes, from disillusioned Tories and ex-UKIPers, from people who voted Leave in the referendum but rarely otherwise vote and from Labour too. I've been told repeatedly in the media recently that having voted Labour at the 2017 general election (as I have throughout my adult life) that I am one of the 81% of British people who voted for a party who want Brexit. I've seen Farage staring down the camera telling me this even though I voted Labour despite their Brexit policy not because of it. That won't be happening again. These are European elections that matter (for once), where our votes may count more than usual and where the whole election is about the future of Europe and our relationship with it.

The advice I've read is that if you want to vote for remain/oppose Brexit you should do the following depending on where you live- vote SNP if you live in Scotland, Plaid Cymru in Wales and either Lib Dem or Green if you live in England. I can understand why some people on the left will have a problem with voting Lib Dem, memories of the coalition lingering, but going off the local elections there are increasing numbers of people able to vote for them. There are plenty of good arguments for voting Green and their stance on Brexit is one of them- I voted Green at the local elections three weeks. Putting my X in a different box really wasn't that difficult under the circumstances.

Another Green World (The Blue Realm) 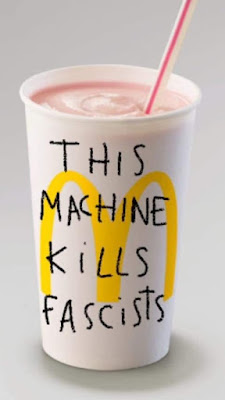 While we're in the political arena the rise of the milkshake as the weapon of choice against fascists and rabble rousers has been a real highlight of 2019. I know some people have said it adds little to public discourse, that reasoned debate and discussion should always be the way to win arguments, and that the throwing of milkshakes is the thin end of the wedge but these people - Farage and Tommy 'Robinson'- have been spreading the seeds of hatred, xenophobia and racism in the public realm for years now and it's no surprise that when faced with that some people will use more direct action. For two men who like to pose as outsider tough guys, they also go scuttling off quickly crying 'foul' when small quantities of dairy products are used against them. Violent language will always breed similar responses and you reap what you sow. Plus, it is very funny and maybe humiliating these people is the best way to deal with them. This article by Aditya Chakrabortty is a much better articulated piece about the milkshake spring. All of this can only be soundtracked by Kelis. 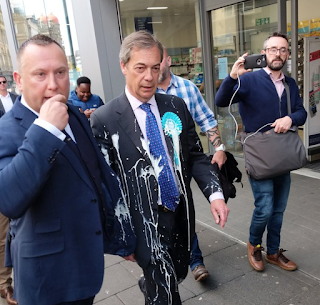 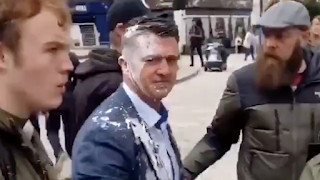 Two choices up here Adam - SNP or Green.
Sadly given Labour's performance I suspect many of the Unionist vote will go to the Milkshake Party
Either that or apathy and a very low turn out

just a thought. could anyone get to Trump with a milkshake? maybe Tom Cruise could do it. he can climb tall buildings and do it with sincerity, ha!
-SRC

Green for me too. I love the fact that you just can't take someone seriously when they've got milkshake dripping down their suit.

Milkshaking Trump would be the ultimate lactose attack.

I’ve got a great mashup with Milkshake and Organ Donor that I will post tomorrow night when I get home.

Lynn is doing the proxy vote thing for me and tweeted this morning that she was going to put the cross agains t the Tory clown, let’s hope not.