Gush Forth My Tears 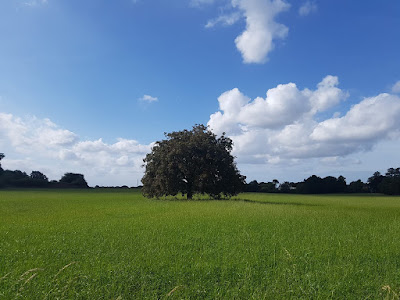 In 1991 Barry Adamson heard three women singing/ busking on Portobello Road. The songs they were singing were Elizabethan madrigals, not the most obvious type of music to busk in the early 1990s. He was struck by their voices and they ended up working on a soundtrack he was making, signing to Mute Records, going in the studio with Danny Rampling to record their debut single Gush Forth My Tears and album Madra and going on tour supporting Blur (where on stage they received a barrage of sexist abuse from some of Blur's fanbase). The music press were all over Miranda Sex Garden briefly, partly because of their novelty value- three attractive young women with a memorable and provocative name singing Elizabethan madrigals a capella while supporting Blur at their drunkest was a story in the same way the NME and Melody Maker latched onto Dread Zeppelin (American rock band with a singer dressed as Vegas- era Elvis play Led Zep covers in reggae style). Miranda Sex Garden's career saw them expand and release several albums up until 1995 when they split and then Kathryn Blake formed a new group, Medieval Baebes.

Their 1991 debut single, Gush Forth My Tears, was remixed by Orb man Thrash and Paul Kendall (who'd produced Depeche Mode and Nitzer Ebb). The remixes as reported at the time felt a bit desperate at first glance, as if Mute calculated that either by Rampling sticking a clubby drumbeat underneath the madrigal or by Thrash remixing it for the ambient crowd they'd end up with a crossover clubland hit one way or another. But that's to do Thrash and PK a disservice and the original record too because Gush Forth My Tears (Ambient Mix) is a bit of treat.

Fluttering synth sounds, a warm kick drum, some trademark Orb ambience, the hiss of a hi hat, some distant violins and the trio of clear voices harmonising. There are several different mixes but this one is the pick and while you might not think you need a twenty nine year old Elizabethan madrigal revival/ ambient crossover record at this point in 2020, a sharp a rise in Coronavirus infections sweeping in and a new lockdown imminent, you actually do.  And, if you're going to have one, it should be this.

Gush Forth My Tears (Ambient Mix)

Love it. Was a huge fan of Medieval Babes.
As an aside, I think it may have been MB that got me into Red Priest - 'Johann, I'm Only Dancing', 'Handel in the Wind'...

I loved MSG, even later on when they became an avant-garde 5-piece. Good to hear this again.

I don't think I've knowingly heard anything by ether MBs or the later avant garde MSG. I'll have to find some time to do some youtubing.