Sally At The Disco 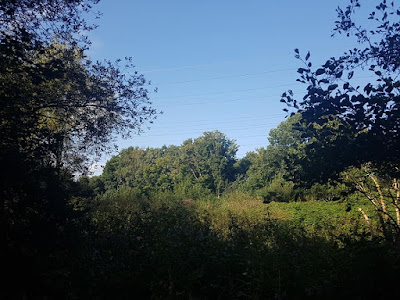 Last year A Man Called Adam returned from the Balearic wilderness with their excellent Farmarama album. Various songs have been remixed, reworked and dubbed out, by Sally and Steve themselves and by others including Prins Thomas. Covid and lockdown put paid to the original plans for release but now the entire package is out, eighteen remixes and dubs plus a fifty minute mixtape pulling them all together. The full release is at Bandcamp. The Prins Thomas remix is characteristically inventive and sprightly, a snaking guitar line, some analogue synths, Sally's part spoken, part sung vocal and a complex, twisting rhythm.

The PV Lash Up of the same song, Paul Valery At The Disco, is a giddy floorfiller, a thumping house drumbeat and wonderfully silly keyboard part guaranteed to have you both dancing and smiling.

Earlier this year Sally recorded a vocal for a new song written by Balearic militants Leo Mas and Fabrice. This Unspoken Love had summer written all over it- now in the darker days of autumn it's still working its magic. The dub version, also available at Bandcamp, a a dark, insistent house chugger pointing its face towards the night skies.

I particularly enjoyed the PV Lash Up.

In between conversation with Swanditch I'm digging all of these especially the Mas Dub.
-SRC

I just got in from work and noticed that the discussion over at Monday's post was ongoing.