One Dream Is Over Another One Begins 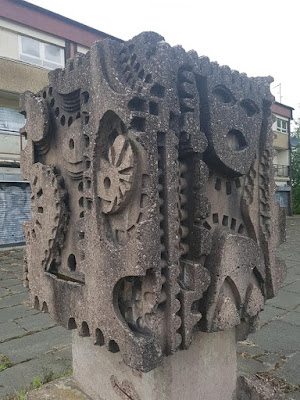 Simeon Coxe of Silver Apples has died aged 82. In the late 60s he pioneered a form of electronic music that has become massively influential. Using homemade synths, a salvaged 1940s oscillator and a visionary sense of what he could do Simeon made a new type of music, music we take for granted today, but which in the late 60s and early 70s was like a very quiet, hypnotic revolution. Just Simeon's voice, some synth lines and keyboards, basslines triggered by his own controllers and foot  pedals (all cased in boxes bought from army surplus) and a drummer. The lyrics are like little lysergic haikus, transmissions from out there. Gently psychedelic, space age pop music and optimistic, open ended futurism. Try these two for size.

Without Silver Apples Spacemen 3, Spectrum, Broadcast, Stereolab and Portishead would all have sounded very different. Andrew Weatherall was a fan- in fact it may have been due to him playing them or mentioning them in an interview that I first heard them. In 2019 Weatherall remixed Edge Of Wonder, a song from the 2016 Clinging To A Dream album. Weatherall's wheezy drum machine sets us off on a nine minute journey, melodies dancing about and a bumpity bassline carrying the song. Simeon sings a hymn to the oceans, a meditation on the waves, the lines chopped up and re- arranged

Nice words about Simeon. He seemed a gentle, humble soul, got out of music and went about his life, mostly unknown musically, only later to resurface as an influence on so many bands. In retrospect for me the Silver Apples are up there with The Velvet Underground, a wonderful aberration and a cornerstone of an alternative sixties that no one ever knew existed at the time. Now their weird cosmic futurism seeps into everything. Great Weatherall remix. RIP
-SRC

I think you nailed Simeon, Silver Apples and their place with that comment far better than I did SRC.

Hadn't knowingly listened to them prior to that wonderful Weatherall remix