Nothing To Be Done 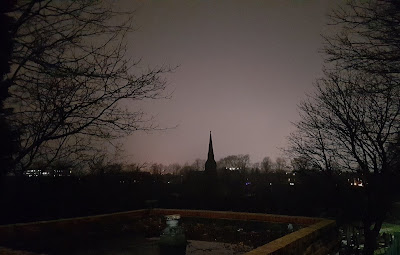 While there's so much c86/ Glasgow guitar bands in the internet wind at the moment I thought I'd chuck some Pastels into the mix. I'm no authority on the group- I have a few bits and pieces but never followed them in any really committed kind of way. When they're good, they're really good. Baby Honey is my favourite, a 1984 single and 1987 album track but I've posted it previously and I wanted to post Truck Train Tractor, a 12" from 1986, but don't seem to have an mp3 of it, at least not on this hard drive.

Instead here's the opening song from 1989's Sittin' Pretty album, a crunchy, shambolic number with twin vocals split between Stephen Pastel and Annabel Wright. I always think this one sounds like Dinosaur Jr, a similar lurch and drawl and a squealing guitar part splattered across the middle eight.

Nothing To Be Done

Ah that brings back a few good memories but you're bang on about The Pastels being a "when they're good..." kind of band. Neil Taylor's excellent book "C86 & All That: The Creation Of Indie In Difficult Times" covers this area and the period in considerable depth and must be as close to a definitive account of the early-mid eighties indie scene as there is. It's a great read if you're into this stuff.

Seen that book before but never read it. I'll look out for it. David Cavanagh's Magpie Eyes, the Story of Creation Records is pretty good on this period too.