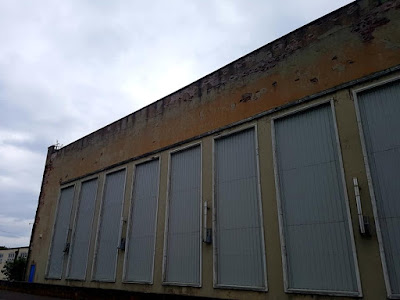 I'd forgotten until I posted Galaxie 500 last week that they did a cover of Ceremony, a B-side on the 12" of Blue Thunder.

Galaxie 500 slow it down and make it a bit looser than the original. Dean Wareham's guitar playing is stellar, just enough distortion and fuzz and the drums are less mechanical than Stephen Morris' and avoid the tom toms completely.  It's a slow burn affair, less quiet-loud-quiet than New Order's versions of the song.

Ceremony was one of the last songs written by Joy Division and then New Order's first single- it was released in two different versions in 1981, the first recorded in January and then re-recorded in September when Gillian Gilbert had joined the band, and then issued with two different Peter Saville sleeve designs but both versions were numbered FAC 33. Subsequent pressings saw either version put into either sleeve which seems typically Factory- an obsession with detail coupled with can't be arsed. Famously when they came to record the song they couldn't find Ian Curtis' handwritten lyrics and had to work them out from the demo version, recorded onto cassette- some of Ian's vocals were unclear and they had to put the tape through a graphic equaliser. Even then Bernard was guessing at some of the lines. 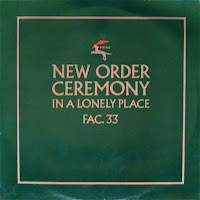 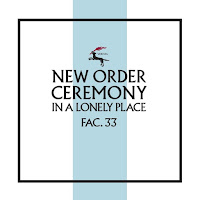 In June 1983 New Order played Chicago's Cabaret Metro, a semi-legendary gig due to the heat knocking the power out and the synths and sequencers malfunctioning. Towards the end of the set they played Ceremony, rawer, faster and more ferocious. On fire in fact, as Galaxie 500 called their album.