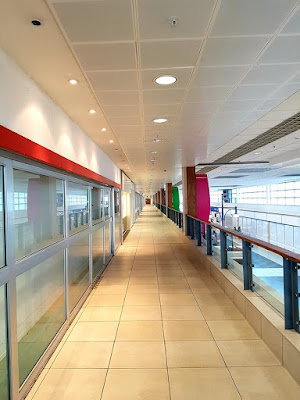 Yesterday's post showed both the limitations and advantages of blogging as a medium for writing. I wrote yesterday's piece about the rush of great guitar music in the 1988/89 years in response to a comment on Facebook from a friend. I'd thought about it a bit in advance- on the way to and from work mainly- and came home and wrote it in the evening, an hour's work probably. I proof read it and re-read it, did a bit of tinkering and then published it yesterday morning.

The limitations of blogging are that it's usually just one person, writing a fairly quick response. I didn't bounce it off anyone or discuss it. I didn't really research it, talk to others for their point of view, haven't got an editor to to make suggestions or propose alternatives. A more widely considered piece with the opinions and perspectives of others would be better, more reliable maybe, more thought through and joined up.

The advantages of blogging are that it gets some instant responses by people, in some cases hundreds of miles away and in different countries, who can throw in their perspectives straight away, in the comment box on the blog and by commenting on social media. It becomes a conversation (and therefore the original post is in some ways just the first draft. Kerouac said first thought is always best- he'd have loved social media wouldn't he, Tweeting his way back and forth across America). Going back and inserting new sections into the original post didn't seem like a good idea but adding a follow up post did so that's what is here today, the perspectives of others who chipped in to answer the question Aditya posed on Facebook on Tuesday- why was 1988/89 such a fruitful time? (I hope this isn't just a case of Blog Will Eat Itself).

My post is here but in summary I said that guitar bands flourished by the late 80s because of the gains made by punk and the ensuing construction of the independent scene (labels, distribution, outlook); John Peel; the weekly music press; post punk's spirit of experimentalism; cheap technology; the dole and full grants for higher education; a gap left by the split of The Smiths; the polarised and oppositional nature of culture and politics in the 1980s which led to a defiantly non- mainstream mindset.

Martin left a comment about the split of The Smiths and the vacuum they left behind in the music press and the way that for ages they, the NME especially, used to constantly label bands 'The new Smiths' (they did the same with the Sex Pistols too). James and Raymonde both got that particular kiss of death, and I've got a feeling it was associated with The House Of Love and The Wedding Present too. Being branded The new Smiths didn't do James any favours- it raised expectations they couldn't meet, they sounded nothing like The Smiths anyway and by 1988 they were without a deal, had left two record companies and had to persuade their bank manager to loan them the money to release a live album. One Man Clapping was recorded at Moles in Bath over two nights in November 1988 and came out on their own label. The bank manager agreed to lend them the money after attending a gig in Manchester and being blown away by both band and crowd.

For a Smiths related extra the photograph at the top is one of mine, taken recently at Stretford Mall (formerly Stretford Arndale), a shopping centre Morrissey must have spent some hours in. There's a second hand record stall called Reel Around The Fountain.

'The dole in the 80s was like art school in the 60s and 70s...it enabled you to pursue an interest whilst still being able to put a roof over your head and food in your belly. But i think there was another factor at work, too. The early to mid 80s were a dour time and youth culture was quite dogmatic. The music press at that time was very powerful and dictated what the hipper end of mainstream youth culture was allowed to like...God forbid you own up to having a Zeppelin lp in your collection of agit prop, post punk and proper soul. I left the UK to go to uni in the States at the time of the miners strike and everything in the culture felt either shrill and dictatorial, or incredibly earnest, obsessed with authenticity. Plus politics was horrible - there was no light at the end of the tunnel. A trip to a London club in 1984 or 1985 was terrifying if you didn't look the part. I remember coming back from New Orleans for a summer break and going to clubs with my sister, where everyone felt hyper conscious about what they looked like, or what kind of music they were allowed to enthuse over. But by the end of 86 and early 87, when i came back, i felt a change in the air - i think people felt that Thatcher was no longer quite as omnipotent and there was a loosening up of all those stifling musical strictures that had made it very hard to be completely honest about what you liked. The music press lost some of its authority around that time. People had got bored with being serious and po- faced. I remember going to Wendy May's Locomotion club at the Town and Country in late 86 and very early 87 and the sense of fun in the club was liberating. There was no E around, very few people had even heard about it and there was no house music being played but the mix of northern soul, a bit of Motown, some hip hop and the occasional dance inflected indie anthem from a band like That Petrol Emotion (Big Decision!) felt liberating after all the mid 80's London club bullshit. When E and acid house hit town in early 88 all the faces i used to see at The Locomotion pitched up at Land Of Oz and Spectrum - they were ready for it because they were chomping at the bit for something different, having had a taste of it already. In effect they had been primed for it. I also have some theories about why guitar music had a resurgence then, too but this is already the longest fb post i have ever written and is in danger of becoming a rant. '

Feel free to drop those theories you refer to at the end off whenever you're ready Mark.

Michael agreed with Mark about That Petrol Emotion, a band who embraced new technology (sampling) and the sense of possibilities that was in the air as well as guitars plus a large dose of politics. Big Decision was a massive song at the indie disco/alternative night.

Michael sees '88/89 as 'an incredibly liminal period where barriers between music started to drop... people became less precious or scared about shouting their influences, people rifling through their parent's record collections for great tracks or sounds for samples'. The barriers dropping definitely seems to be important in the Manchester guitar bands. The Stone Roses and Happy Mondays with one foot in the 60s and one at a club and the music they made being two different sweet spots in between.

The barriers were coming down all over in '88/89- not least physical barriers in Berlin- and the pick 'n' mix approach to making records resulted in several great singles that broke new ground and sold in vast quantities- Pump Up The Volume, Beat Dis and Theme From S' Express for three. Maybe liminal, transitional periods are much more interesting than periods where things are finished and fixed. That seems to be as a good a theory as any.

I think we often filter our memories through a nostalgia optic. Clearly a lot of the fun in your blog is just that, replaying and discussing your past interest with a view to new music coming out in the present. It's an enjoyable blog to read, as well as peoples comments. 88/89 or around that period was clearly a huge musical shift. My memories were slightly different. My nostalgia was for Joy Division, Ubu, Cab Voltaire, The Pop Group, ACR et all. For me 82-87 was a total dust bowl musically (apart from On-U sound, early hip hop and starting to hear funk more). You either had filofax pop (Scritti, Prefab, tears for fears etc) or tedious jangling guitar bands (C86 bands et all). All sounded retrogressive pastiches of previous styles and attitudes. Where I think 88/89 changed all that is that, as stated, society had opened up culturally and bands were exposed to black music more, probably via hip hop. The 'funky drummer' beat can't be underestimated. New technologies (drum machines, synth basses, samplers and sequencers) were filtering through.The sound of synth bass had developed into proto house music. Great mixes by the likes of Kevorkian (DTrain) and Arthur Baker were changing things in the early 80's, but it took time to filter through.The Hacienda mark 1 was a disaster. Sure New Order had incorporated dance beats early on, but they weren't funky. By 88/89 band culture was getting funky and 'leisure culture' was starting to take a hold. The C86 bands were blown away or had to get with it. Let's face it Primal Scream wouldn't have had a career if it wasn't for Weatherall and Hugo Nicolson. Of course there were great and complex cultural shifts also, the rise of 'yuppie culture' and the huge commodification of leisure and the accessiblity of drugs all played their part. To the future.......
-SRC

Excellent reading (writing!),both this and previous post SA. By the late '80s I was disillusioned with a lot of contemporary music having had the time of my life with it since the late '70s (at the time I just couldn't get into anything dancey) and, as you mentioned in your last para, was looking back to the '60s, where I found enough freshness, fuzz and Farfisa organs!

I meant in your last *but one* para

Longest comment ever I think SRC. And you're right, to the future is the only way to go

The Locomotion was fab