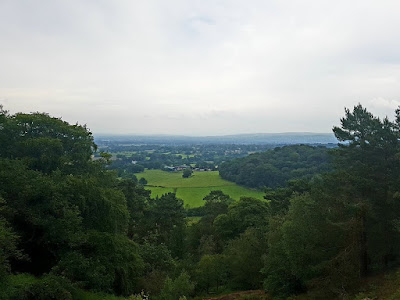 This came out in 1993, Desert Wind by Banco de Gaia. Around 1992/93 the dance music scene splintered into multiple paths and sub- genres. There was a whole scene built around ambient dub spliced with world music, trance with tribal rhythms and vocal samples borrowed from Middle Eastern records, which probably started out with a crossover between The Orb and bands from the festival circuit.

Banco de Gaia were a one man operation at first, Toby Marks from Leamington Spa, and this track was the first released in its own right (he'd put out tracks on various compilations before). A year later Banco's first album followed,  Maya, and then Last Train To Llhasa in 1995 (and others since). Desert Wind is a joy, opening with chanting and the voice of  Ofra Haza, then drums, dubby bass and layers of keys and synths. It should hopefully inspire you to dig further.

Banco de Gaia - bloody hell! There are some names from the dim and distant past cropping up around the blogs today. I used to play a lot of Planet Dog stuff in the shop in 1994/95. Good to hear this again.

Many thanks as ever for all your posts, tips and nudges but on this one I'm pretty sure you'll find Toby may have been born in South London according to Wikipedia but is/was one of the few musical luminaries of Leamington Spa. Not wanting to be all geo-fascist about it but I think it does place him firmly in the camp with other Beyond Records/Midlands ambi-dubbers like Groove Corporation, Original Rockers/Rockers HiFi, HIA etc He's still doing stuff with Dub Mission and his own Disco Gecko label but I think the early ones still stand tallest.

That's the kind of correction I like Stinky Jim. Will correct asap