Colours In The Air 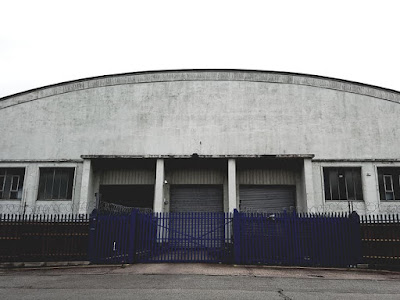 While looking for something else I found a CD I'd forgotten I owned- Zero: A Martin Hannett Story 1977- 1991. It's a compilation of songs recorded and produced by Hannett, from Boredom by Buzzcocks onward. Zero is a really good compilation, even with U2's presence, showing the range and depth of Hannett's talents and the importance of the man to the sound of some key bands. The final song on the CD is World Of Twist's 1991 cover of She's A Rainbow and it struck me that this week's posts were developing a cover versions theme and that I should go with the flow.

World Of Twist are much missed in some corners not least round here- they got pulled along in the early 90s Manchester slipstream but didn't really fit in with the sound or the look. Their cover of She's A Rainbow was originally a B-side to their debut single The Storm and then re-appeared in 1992 in various guises and with remixes as the record label attempted to get a hit and some sales. The version here was one of the last songs Hannett worked on before his death in April 1991 aged just 41. In a way She's A Rainbow was one of World Of Twist's less interesting songs, a pretty straight cover version and it doesn't really show Hannett's peculiar production genius especially either. But it's fun and fits in with the group's aesthetic.

Hannett lost five years in the 80 to heroin addiction and the groundbreaking productions he did in the late 70s and early 80s especially with the Factory bands- Joy Division, New Order, Durutti Column, Section 25, ACR- was well behind him and unlikely to be equalled (although he really pulled it out of the bag with Bummed).

The original of She's A Rainbow was on The Rolling Stones 1967 album Their Satanic Majesties Request, a lightweight, pretty tune, sing-song psychedelia with la la la backing vocals, Nicky Hopkins on piano and some Brian Jones Mellotron. A most un-Stonesy single and song, coming at a mid-point between Paint It Black and Jumping Jack Flash.

Yeah, I thought I had them but don't seem to.

I love the Stones original, but I think I love WoT's version a little bit more. Magnificent.