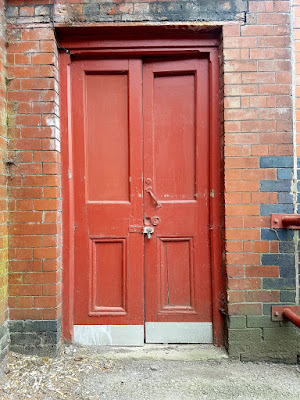 I've been doing a lot of Spacemen 3 related posts over the past few weeks/months. For some reason something has clicked back into place and their music (and that of the post Spacemen 3 bands, especially Sonic Boom's Spectrum) makes perfect sense currently and is right where my head is at. They are/were also very good at the long song, two chords repeated blissfully for as long as you like, a kind of focused looseness.

The Perfect Prescription was Spacemen 3's second album, released in 1987 The album was supposed to replicate a drug trip, from start to finish, the highs and lows. This double track is the peak, the orchestral Ecstasy Symphony part ebbing into a cover of Red Krayola's Transparent Radiation, mid 60s DIY psychedelia from Texas (recorded and released in 1967 and with fellow traveller Roky Erickson on harmonica).

Seems we are getting the same spam SA.