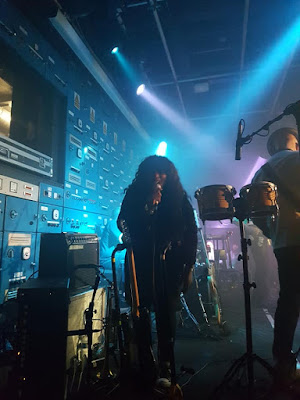 It was genuinely shocking and so sad to read yesterday afternoon of the sudden death of Denise Johnson. Denise was a feature of the Manchester music scene for the last three decades and her voice is scattered through my record collection, from Hypnotone's Dream Beam in 1990 to singing on Primal Scream's Screamadelica album, especially Don't Fight It, Feel It single, the wondrous Screamadelica song from the 1992 e.p. and the Give Out But Don't Give Up lp (and the recently released original version The Memphis Recordings where her voice really shines), Electronic's 1991 single Get The Message and then the many years she spent singing as a member of A Certain Ratio. Her voice is all over the ACR: MCR album and the Won't Stop Loving You single and it's remixes, all personal favourites. She sings on Ian Brown's Unfinished Monkey Business (the first and best Ian Brown solo album). In 1994 she released a solo single Rays Of The Rising Sun, a song with Johnny Marr on guitars and with an epic thirteen minute remix by The Joy.

Rays Of The Rising Sun (The Joy Remix)

In the last few years I've seen Denise sing with ACR on several occasions, at Gorilla (above), in Blackburn, at the university and The Ritz (below). She was always an engaging stage presence, smiling and waving at people in the front row. What's particularly cruel about her passing now is that ACR have a new album ready for release in the autumn and she had very recently announced the imminent release of her debut solo album, a collection of cover versions of songs, just her voice and acoustic guitar. 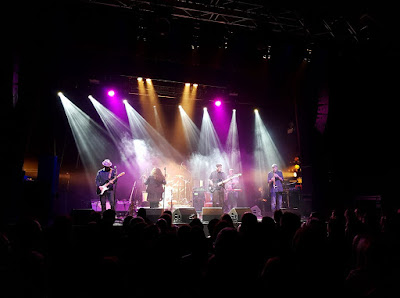 Her singing with Primal Scream, especially on this song, was a breakthrough for the group. No Bobby Gillespie, no guitars, just Denise's voice and Andrew Weatherall and Hugo Nicolson's production- that juddering rhythm, house pianos and those spacey noises and Denise singing 'rama lama lama fa fa fi/ I'm gonna get high 'til the day I die'. The remix for the 12" was even better and further out than the single mix, her voice chopped up, rejigged and sprinkled throughout the song.

At all their recent gigs A Certain Ratio have finished their set with Shack Up, their cover of Banbarra's funk song, remade in early 80s Manchester as scratchy, punk- funk song. THis clip shows them back in 1990 on MTV, Denise centre stage...

Denise used to live round the corner from us and we were on smiling and saying hello terms but not much more than that. At ACR's gig at The Band On The Wall in 2002 launching their Soul Jazz compilation, the moment when they really began to get recognition for their role and music, she clocked us from the stage and winked and smiled. She was an active and lovely presence on Twitter, always positive and giving her views on politics, football and music. She came across as a genuine, friendly and lovely person. Social media was awash with tributes to Denise yesterday and reactions to the awful news and from people who were close to her and who worked with her. She was spoken of with real warmth and it was clear what she meant to people. She will be hugely missed. I'm sure everyone will join in sending their condolences to her family, friends and bandmates. What a shitty year 2020 has been.

It was genuinely awful hearing that yesterday. So young at 53, the age I'll be myself in about a month's time. I know I saw her with the Scream and with ACR but think I might also have seen her with Electronic, would that be right?
I was looking forward to her solo album this autumn and the track I heard last night, a cover of 10cc's I'm Not In Love sounded beautiful but unbearably sad in this new context. Her mates on Twitter have been saying RIP=Rest In Power...amen to that.

A great voice and a lovely person.
So young, so sad

Wonderful tribute Adam. Hits all the right notes from a musical perspective and adds that fabulous personal touch which is a reminder that Denise was family, kin and close friends to many, wits a life and presence outside of music.

It’s a sad day indeed. They are getting far too many in number.

She sprinkled her stardust on so many great songs. RIP
-SRC

Genuinely shocked, had no idea before I read your post. Far, far too young, and joining the list of sad losses of July along with Peter Green and Tim Smith. Loved Denise's voice and was looking forward to her album after hearing her take on True Faith last year. RIP indeed.

What a wonderful tribute to a fantastic voice. And as the others said before at her age it is far far too early to leave the planet. Looking forward for her new album and until I will listen to her legacy.

One of the many who remembers that moment when she was everywhere, making all kinds of songs better. A sad loss.

A wonderful tribute SA! Thank you for that. I was so caught up in my week that this passed me by until today. Denise only ever improved anything she put her beautiful voice to.