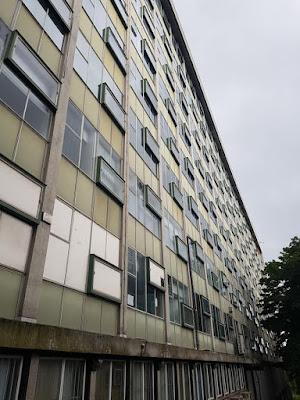 Hypnotone were a dance act signed to Creation Records in 1990 when Alan McGee and the Creation crew got into acid house. Hypnotone were mainly the work of Tony Martin with Intastella's Martin Mittler involved and keyboards by former Quando Quango member Gonnie Reitveld. In 1990 Hypnotone released Dream Beam, a single with Denise Johnson on vocals and remixed by Danny Rampling and Ben Chapman, a futuristic, laid back piece of acid house that was popular in Ibiza. I saw them perform it live in Liverpool's Sefton Park in summer 1990 at an annual event called Larks In The Park. The bleeps drifted out across the boating lake, sounding massive and superb. Everyone was very relaxed.

Hypnotone were one of Creation's go to remixers during this period producing a string of outstanding remixes, versions of Cascades by Sheer Taft, Primal Scream's Come Together and Dreaming by The Lilac Time. Their own album, self titled and also released in 1990, is a short but highly evocative slice of the period with several tracks that are worth revisiting.

It is my firm belief that anything from the late 80s/ early 90s with the word Italia in the title is going to be good and this is no exception, dreamy Italo pianos, huge bouncy bass, a rattling 808 and a whispered vocal part.