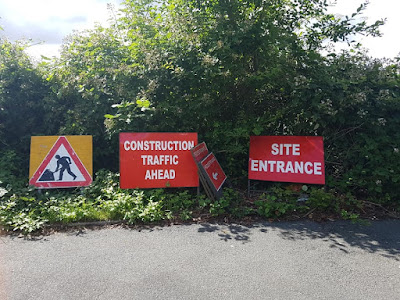 Daniel Avery released a new album suddenly last week which makes it two albums this year following his collaboration with Alessandro Cortini that came out in March just as lockdown kicked in. The new one, Love + Light, has been worked on through lockdown so it's at least in part a response to the situation. It's also an emotional call to what we've lost- coming together- and a eulogy of kinds to nights lost dancing in basements. The second half (what will be side two of the vinyl release (out in September) features some of those absorbing, intense, emotive, ghostly ambient drones that make this record a clear successor to Illusion Of Time and 2018's Song For Alpha. The first half has pulsing synths, kick drums, euphoric bleeps and acid squiggles, the sounds of the dance floor, dry ice and strobe. It's a complete piece of work that draws you in and carries you along. Opener London Island is gentle but insistent, waves of sound building for five minutes. As it ends there's a slight pause, a moment of stillness, before the sudden, heart-stopping arrival of the bass drum and a siren kick in, second song Dusting For Smoke. Tension and release. Even though I now know it's coming, it gets me every time- and I love it.

WOW! Infinite Future threw me around the room and shook me! The aggression, musical nihilism even, is so palpable! At the end of the track, as it settles into a whipping rhythm is like the self flagellation we have been performing since the end of March. It's followed by After The Fire which seems as if it's going to be heraldic and evolves into something much more sinister. Just a fascinating release!

Glad it caused a reaction Echorich.