Do It Long Long 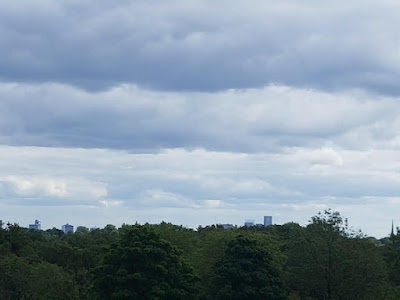 This has bubbling around on social media and some DJ mixes for a few weeks and has now been released digitally with a vinyl release to follow- Ewan Pearson's remix of Hallelujah, the lead song from the Mondays breakthrough release at the tail end of the 80s, the Madchester Rave On e.p. Across three different mixes Ewan has taken parts from the 7" version (the MacColl mix where Kirsty's husband Steve Lillywhite pushed her backing vocals forwards a bit and smoothed out some of the sheer lunacy of the Mondays' sound in '89) and some of the Club Mix (where Paul Oakenfold and Andrew Weatherall sampled some chanting monks, added some Italo piano stabs and dusted it down for dance floors) and added a snippet of Tony Wilson talking about twenty- four track recording. Shaun sounds as dangerous and off it as he did thirty years ago over the enormous re- figured bassline and Mark Day's guitar lines still sound unique. The past rebuilt for the present. Double double good.

Given that this song was produced in its original mix by Martin Hannett, sung on by Kirsty MacColl, released on Tony Wilson's record label and remixed by Andrew Weatherall it's also a tribute to four people who have gone before their time.

Just so you can compare and contrast, here's the Oakenfold/ Weatherall remix from 1990, the Monday's ramshackle Little Hulton funk streamlined and intensified, hypnotically.

Like that, it definitely stands up. Can't help feeling Kirsty steals the show somewhat in places though...

Heard this the other night and amazed at how good this track still sounds. THIRTY BLOOMIN' YEARS! Incredible.

@Nick L - Kirsty would steal the show on any record. She really was that good!

I half-heard it over the weekend and thought "I must get hold of that". Ta for the reminder

I love it but wanted it to be longer. That 9 min version will be mine!