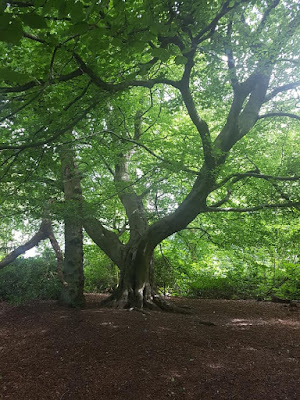 Two weeks ago I posted my fourteenth Isolation Mix, Songs The Lord Sabre Taught Us, an hour of music from Andrew Weatherall's record box, as featured on his radio shows, playlists, interviews and mixes, mixed together seamlessly (vaguely). Today's mix is a second edition, fifteen songs he played, raved about or sampled, most of them first heard via him (I was listening to Stockholm Monsters before I was a fan of Mr Weatherall, a long lost Factory band who made a bunch of good singles and a fine album called Alma Matter and also the best band to come out of Burnage). It's a tribute to the man and his record collection that there are so many great records from his back pages to sift through and then sequence into some kind of pleasing order. Rockabilly, dub, Factory, post- punk, krautrock legends, Weller spinning out through the Kosmos...

Cowboys International: The ‘No’ Tune
Sparkle Moore: Skull And Crossbones

As ever, some great tracks on there. Re the Weller song, I think he was great around the time of his first solo album. Some good tunes as well as some successful experimentation, similar to what his new album is like in some ways. Right back on form actually.

Yep, Kosmos was on his 1st solo album. Brendan Lynch did loads of production with him in the 90s and the 2 remixes of Kosmos are really good. The other one that I didn't include, the SX Dub 2000, is even better than the Bonus Beats version but I couldn't find my mp3 of it.

Ah, the Jean Binta Breeze sample. I hope she got paid? Her words gave Weatherall's brilliant remix it's attitude.
-SRC

I have no idea about whether Binta Breeze got paid, you'd certainly hope so. It took me years/ decades to find the source of the sample I was amazed to find Binta's album came out in '91, the same year as the remix.

Yes Adam it took us all so much time back in the day. If the internet is worth just one thing, it is worth giving up 'the Jean Binta Breeze sample', Ha. Keep on Keepin' on.
-SRC