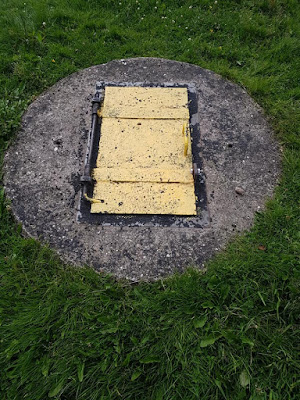 More new stuff for this week in the shape of a multi- guest star release from The Avalanches. Sometimes projects with large numbers of guests feel a bit overwhelmed or weighed down them but that isn't the case here. Wherever You Go is expansive electronic music, taking off with a sample from the Voyager Project, music sent into space with the Voyager 1 and Voyager 2 spacecraft in 1977. Co- produced by Jamie xx and with Neneh Cherry and Clypso on vox and with piano from Mick Jones it sounds like a meeting of minds and talents, a song that picks up the pioneering spirit that sent music out of orbit and into the solar system and runs with it. The children's voices suggest '70s TV shows, the drums coming in just after two minutes and the pumping bassline make it more contemporary, and the layering of sounds, Clypso's rap and sheer bounce of the last couple of minutes plant it in now. The promise of space exploration coupled with the sort of sounds that should be heard from a car radio passing by in the street.

'Why do we send music to the stars? Is it because we want our voices to live forever? How else should we become pure spirits, singing forever in the dark?'

Another excellent Avalanches track, their last album Wildflower has not been of my play list since it came out.

I kind of missed Wildflower, need to go back to it. Wherever You Go is better on ever listen.

That bass bounced me around the walls of my room, and I loved it.