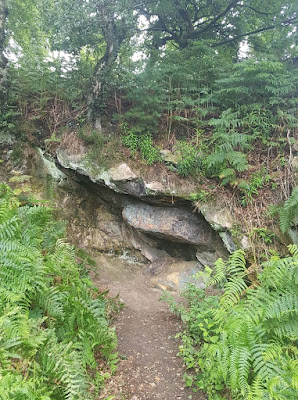 African Head Charge's 1990 album Songs Of Praise is on my stereo a lot at the moment. Adrian Sherwood has been re- issuing the AHC albums in sequence and the double vinyl brings together the eight songs from the original vinyl release, the extra six from the CD/cassette release and three further ones, seventeen songs in total. Sherwood and percussionist Bonjo Ivabinghi Noah had turned African Head Charge into a group by 1990, rather than just a Sherwood studio project, and they found a ready crowd at festivals. For Songs Of Praise they pulled together a dizzying array of sounds and influences to make a masterpiece. Using Sherwood's record collection as a sample library they found various religious vocals- chants, hymns, gospel voices, many from Alan Lomax's field recordings- and set them to some stunning pieces of music- African drums and percussion, Niyabinghi rhythms and dub basslines. On top of these songs various On U Sound members add further instrumental parts, such as Skip McDonald's fuzz guitar lines. The result is a genuine brilliant, mystical, psychedelic dub album, an album open to all the possibilities of the world's music, adventurous,  accessible, weird and trippy and completely absorbing, the deep bass, African rhythms and the voices perfectly complementing each other, suggesting some ritual and celebration that draws in folk from all cultures into an On U tribe.

It does sound oddly timeless. And doesn't sound anything like 30 years old.

I bought it on cassette when it came out,although long gone now. A big fan of A.H. if you get the chance of seeing them live, take it.