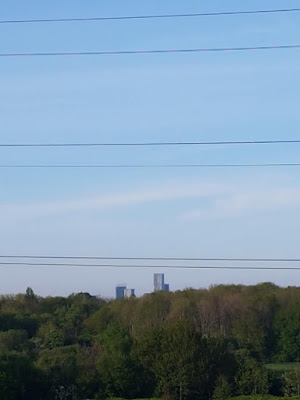 This record was made in 1986. Life in 1986, it goes without saying was very different, to life in 2020. A lot can change in thirty four years. Technology is the most obvious change. To a sixteen year old in 1986 the ability to carry around in your pocket a computer that doubles up as a camera, video recorder, telephone, music player and music/ photo library was the stuff of science fiction. In 1986 Mr Fingers (Larry Heard) was twenty six, a drummer who in 1984 had begun to make his own music when he bought a drum machine and a synthesiser. A few days later the story goes, he had recorded a trio of tracks that would form three of the foundation stones of house music- Mystery Of Love, Can You Feel It? and Washing Machine. Larry made this music using nothing but a Roland Juno 60 synth, a Roland TR 909 and two cassette recorders, playing the track live in one take and recording it on one tape, then bouncing it back and layering another element on top. Firstly, there's no way to my ears this track sounds like it's thirty four years old. Secondly, music in 1986 with the same time distance would have been made in 1952 and there's no way that anything recorded in 1952 sounded like the future in 1986, never mind then still sounding contemporary or even futuristic in 2020. Thirdly, this music was recorded onto cassette decks, a technology now virtually obsolete for home recording. He wasn't even using a multi- track recorder, something you can load onto even the simplest laptop or tablet.

Washing Machine is an acidic squiggle bassline, a clattering, jacking machine drum beat, hi- hats hissing away and stop- start dynamics. The Detroit producers, the Bellville Three, were doing something similar in Detroit and made a big deal out of their music being both techno and soul, that the machines might be doing the work but it was humans controlling them. This was music for the real, sweaty, flesh and blood, human business of dancing combined with the mechanical sounds that came from Europe (Kraftwerk, Depeche Mode, Yello, New Order) and the noises from the industries that were already dying out in, the crashing sounds of the car plants and the factories.

Such an amazing track. It took a few listens to get it back in the day but after that there was no looking back

I can't imagine this being played in a set in 1986, but I can imagine Weatherall playing it in 2019 next to a record from 1956. Reverb laden rockabilly guitar mixed into 'acidic squiggles'. Yeah!
-SRC

Im gonna make a record just using a Juno 60 tomorrow. I doubt it will be a patchnon this mind!

SRC- I can hear that without a doubt.
Richard- If it turns out a fraction as well it will still be worth hearing.

So well said SA! All of those foundation tracks are still vital in 2020. House Music, in the marketplace is is closer to 40 than 20 years old, but little that has come after the sound of the Fathers, like Larry Heard, has ever improved on what they gave us at the beginning.

Washing Machine is from another world. It is truly devastating.
Can You Feel It? is from the Soul. He finds emotions in machines.
Mystery Of Love explores the sensual and the sexual. It was the first time I heard the mesmerizing vocals of Robert Owens, the Emperor of Deep, Soulful Vocal House Music.

Yes Echorich, Robert Owens, one of the greats.
-SRC