Mountain Of One/ Slow Electric 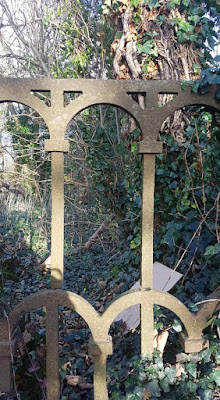 Jagz Kooner and Gary Burns were the two members of Sabres Of Paradise who weren't Andrew Weatherall. Re- united in tragic circumstances at Lord Sabre's funeral this year they agreed to work together again. The first fruits of this were released yesterday, a cinematic, stately, ambient track with softly played piano dedicated to the man himself. Mountain Of One by Stray Harmonix is available at Bandcamp.

Back in the early 90s DJ mix tapes did a roaring trade in record shops, clubby boutiques, Afflecks Palace type places and outlets that sold poppers. Andrew was in the habit of running off limited quantities of mixes he'd done himself and handing them out to the first 50 punters through the door, a habit he kept up through Sabresonic, Blood Sugar, The Double Gone Chapel (moving to CDs) and A Love From Outer Space. This one, two sides of a C90 tape was given away in 1993 titled Sabresonic Slow Electric Vol. 1. At some point it became re- christened as Massive Mellow Mix, a most un- Weatherall name, but actually quite fitting given the music contained within. Twenty- seven years after Lord Sabre put it together it still sounds superb, the art of the DJ perfectly demonstrated.

Given the technical limitations of tape as a source material it sounds really good sonically. A timeless, chilled, trippy, electronic adventure- soothing science fiction soul (or something like that).
Sabresonic Slow Electric Vol. 1
Tracklist

It's such a wonderful mix. Would be a toss up for me between this and his recent ambient mix for MINFE.

It's a good companion piece to the MNFE ambient excursion, 27 years apart

Looking forward to listening to this.