Take Some Time Out 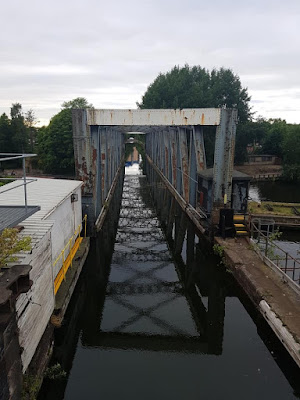 How I missed this song off my Durutti Column mix in September I don't know. In November 1983 Vini recorded an album in Brussels called Short Stories For Pauline, which should have been Durutti Column's fourth album. It was shelved when manger/ friend/ label boss Tony Wilson suggested the song Duet should be expanded into an entire album in its own right, which became Without Mercy. Short Stories For Pauline then laid unreleased until 2012 when Factory Benelux put it out for the first time, a lovely edition that calls Wilson's judgement into question (not for the first time either). Some of the songs had appeared in other places including this one, which turned up on a 1990 archive compilation called Lips That Would Kiss.

Take Some Time Out

Take Some Time Out has Vini singing, something Wilson also was very much against, but Vini's vocal here is wonderfully understated and perfectly matches the beautifully restrained, chiming/ echoing guitar and Alan Lefebvre's drums- a little piece of magic conjured up in Belgium at the tail end of 1983.

This is lovely. Having been listening earlier to Everybody Hurts over at TVV, I find this more moving. Thanks for providing my ongoing education and enlightenment in all things Vini Reilly/Durutti Column, it really is a treat for the ears.