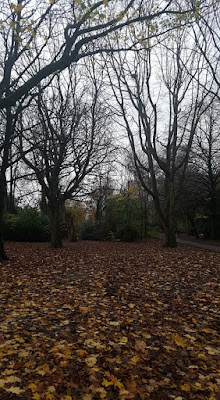 If you're after a dystopic album to soundtrack your life-and given the state of the world why wouldn't you?- then you could do a lot worse than the new release from Sheffield's post- punk pioneers Cabaret Voltaire and the new one, Shadow Of Fear. The Cabs are now the vehicle of one man, founder and multi- instrumentalist Richard H. Kirk, who recorded the nine songs at the famous Western Works studio in his hometown. Whether it is really Cabaret Voltaire without long standing but now departed partner Stephen Mallinder is open to question I suppose but we'll let that pass. At first having read a couple of reviews and an interview I thought Shadow Of Fear might be a bleak and oppressive listen, impressive but not an album to return to very often but that isn't the case and while it's definitely ominous and industrial it's got dance rhythms and textures and some glints of light among the shade. Mechanised drums, sampled disembodied voices, dashes of acid, some fuzzy, distorted guitars and basslines and layers of noise. It's urgent and has an energy and shows the sixty- four year old Kirk still has something to say and still has the tools to say it with.

Back in 1983 Cabaret Voltaire released Yashar, a12" single on Factory. Yashar and the John Robie remix on the B side is one of the peaks of Factory's early 80s (and that's a crowded field). A record very of its time and ahead of it too.

'Where are they hiding?'

I was also surprised by CV new album and didn't expected this dark sound again after all the years. Great stuff.

I'm still assessing what I feel about this latest Richard H. Kirk release. Using the Cabaret Voltaire moniker is his choice, but is it much of a departure from his recent work? I'm still enjoying Stephen Mallinder's 2019 offering, Um-Dada and felt a real connection to The Cabs' 80s work. It will get more listens, and I'll likely be able to judge it on its own merits.

I agree Echorich. Using the Cabs name makes it more difficult to judge on its own terms. But if it wasn't out under the CV name I would have been less likely to listen to it.

I've really enjoyed Richard H. Kirk's solo output but I agree with Swiss Adam that using the CV again has piqued my curiosity more than 'another' solo release may have done. I bought the remix albums by Kora and The Tivoli solely because they were reworked by RHK as CV. The only surprise is that they came out on 2009/2010 and it's taken 10 years to follow up with a new CV album.