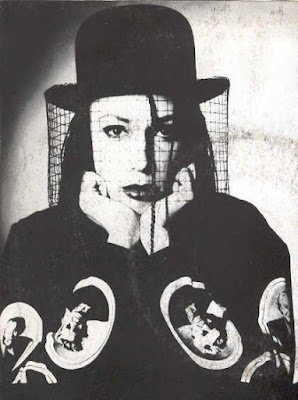 A/B Music is also Sean Johnston's tribute to the sounds of Belgium in the mid-to-late 1980s and the Antwerp club that the track is named after (AB, Ancienne Belgique). Belgian New Beat was centred around slow, downtempo club music, DJs spinning dark European industrial music, Eurobeat pitched down from 45 rpm to 33, early house from Chicago, a minimalist precursor to house, acid and techno, played to full houses as the youth of Ghent packed into the Boccaccio club. A record label in Ghent have recently put out two compilations, each one a four CD box set, packed full of new beat. Volume One is here and Volume Two is here.
Posted by Swiss Adam at 08:00