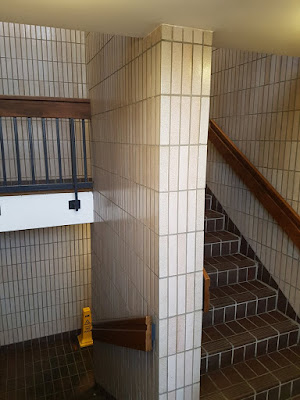 Last Sunday's post was an hour long mix by Dr Rob, an eclectic selection of songs that were the sources of samples for remixes and productions by Andrew Weatherall. Dr Rob has done a companion mix, a just shy of two hours mix of the less well known remixes that Lord Sabre has turned his hand to over the last three decades. It features mainly his earlier works, some of the remixes from the glory days of the early 90s bookended by a pair of Two Lone Swordsmen remixes that bring a very different vibe.

Tucked away in here you will find the spooked freak out of Spiritualized's Come Together, opening with the question 'How big are your eyes?', followed by some wonderful extended reworks of Word Of Mouth, S'Express, the Gaelic dub of Peace Together, The Impossibles, a TLS remix of later period Stereo MCs, Galliano's Skunk Funk, Deep Joy, the everything plus bells ten minute Love Corporation monster, a well Balearic West India Company, One Dove, Yello and finally the Swordsmen's long, jazzy take on David Holmes' Gone.

Of these remixes the only one I've never posted in its own right here is the last one. Gone was a track on Holmes' 1995 album This Film's Crap, Let's Slash The Seats, double bass, brushed drums and Sarah Cracknell on vocals. Weatherall and co-Swordsman Keith Tenniswood did a pair of versions. The first is sparse and made for the small hours, double bassline and breakbeat and some knob twiddling noises. The second is clubbier, a techno kickdrum and hi-hat, some very wobbly bass, some distance further from the original and much more cut from Two Lone Swordsmen's machine funk cloth.

Gone (Second Night Without Charge)
Posted by Swiss Adam at 08:00