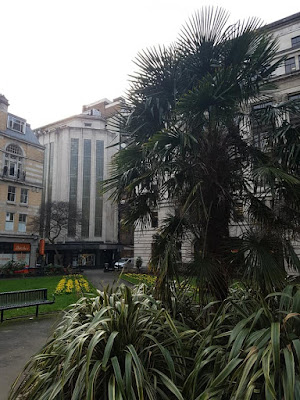 This Monday's long song comes from a long out of press compilation CD on Weatherall's mid-90s Emissions label by Being. Frust is fourteen abstract, experimental, downtempo minutes, released in November 1995. A breakbeat, some whirring noises, some waves of sound crossing from one speaker to the other, a distorted synth bassline. It stops and starts a few times, building slightly in intensity as it becomes less ambient and more present. It changes tack at around eleven and a half minutes, bringing in some lovely synth strings for the closing few minutes.

I didn't know anything about Being other than this track and the one that follows it on the album, the comparatively short Try which clocks in at a mere eight and a half minutes. But the internet provides answers- Being was/is Dave Paton, Scottish and in the mid 90s based in Edinburgh. He released three records through Emissions and has been self releasing the music he made in the 90s ever since, most recently in 2018. There's an article/interview at Discogs. If you've made it this far you can read it here.
Posted by Swiss Adam at 08:00

The last thing I listened to was Drew's bright and breezy, soulful long song post. This sounds so dark by comparison - great stuff though. I don't think I would've guessed that it was over 20 years old.