Bounds, Of Course We Know No Bounds 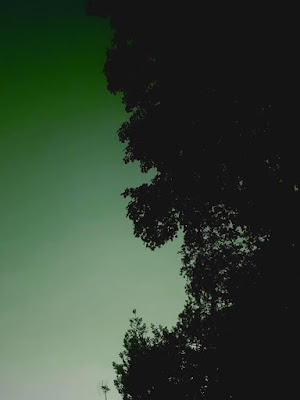 Since writing about Echo And The Bunnymen's 1980 debut album Crocodiles last Friday I've been bingeing on the Bunnymen, working my way through the four albums they released between 1980 and 1985 while driving to and from work and listening to last year's Peel Sessions compilation at home. In between Crocodiles in 1980 and Heaven Up Here in 1981 the band released a four song e.p. recorded live at The Pavilion Gardens in Buxton, Shine So Hard, a gig where they played some of the songs that would appear on Heaven Up Here and where the army fatigues, camouflage and military netting would be used for the final time. A film of the gig and of the band hanging about in Buxton was restored last year and is a fine way to spend half an hour. Watch it here.

Heaven Up Here is a major step forward from Crocodiles. From the beautiful sleeve photograph on, Brian Griffin shooting the group on Porthcawl beach, South Wales, this is a major piece of work, a vision conjured up by the four of them and manager Bill Drummond and producer Hugh Jones. The rhythm section are on another level, their playing completely locked in and electrifying. The songs themselves are full of dynamics, drama and deep, delicious gloom, awash with vivid colours and imagery, Will Sergeant's overdubbed and layered guitars still showing some of the spikiness of the debut but painting a more widescreen picture too. The opening one- two- three punch of Show Of Strength, With A Hip and Over The Wall are as great a first trio as on any album by anyone. With A Hip is the one for me at the moment, an urgent, deep blue song starting with echoes, noise and feedback and then suddenly jumpstarted by bass and drums. Mac comes in with a tense whisper, half- singing, 'Halt nobody's allowed/ Strictly verboten/ Out out out out' and then the career defining line, 'bounds, of course we know no bounds', a statement of intent and scouse cocksureness. The song speeds forward, Mac twisting himself in knots and Will, Les and Pete build towards the chorus where Mac delivers the still astonishing lines, 'With a hip hip hop/ And a flip flap flop/ Gonna steal some bananas/ From the grocer's shop/ With your head in the clouds/ And your trousers undone/Gonna shit on the carpet/ Just like everyone'. Then he re-writes Elvis.

I have no idea what he's one about, some existential drama, a metaphysical conundrum, the neighbours on Lark Lane causing a scene, vignettes from being on tour, who knows, but it doesn't really matter, it sounds important, it sounds necessary.

The heart of Heaven Up Here is some unholy marriage of post- punk and psychedelia, the songs effortlessly finding the spirit of the Bunnygod that Drummond claimed was on the cover of the first album. After the opening three the album dives further into the dark, black hole- the gothic rock of It Was A Pleasure and the histrionics of A Promise. Flip the record over and side two blasts straight into the drunken cavorting of the title track, a song of beer, whiskey and tequila. Ian surfaces from the chaos to croon ' we're all groovy, groovy people', doing that dance he did where he pulled at his clothes, and then he sings the line that McCulloch said defined the group at the time- 'it may be hell down there but it's heaven up here'.

After the album's bleakest moment, The Disease, things turn to face the dawn and like the sleeve's stunning bleed of seascape colours, the songs start to get more optimistic, less full of dread. No Dark Things is followed by the escape of Turqoise Days, the Bunnymen setting sail as the music burns slowly, Mac now calmer as he asks for company- 'you got a problem come on over'- and then the fade in of the closing song, a rattling guitar part and reverb on the drums. 'All I love/ Is all I want'. In a world and at a time when there wasn't exactly a shortage of great drummers Pete de Freitas stakes a claim for being top if the pile on Heaven Up Here. The thumping drums on All I Want, the fills and rolls into the chorus, perfectly lead the way for Will's guitar lines and choppy riffs, and the song points the way to the horizon, somewhere beyond where the four young men are looking on the sleeve.

This live version, recorded at the Manley Hotel in Sydney, Australia in November 1981, shows how good they were.

I vividly recall listening to Heaven Up here while living in Liverpool as a student, in a freezing cold bedroom during the winter of 1989. As well as all the contemporary songs of that winter, Fool's Gold, Hallelujah and all the rest, I was immersing myself in the Bunnymen's second album, at that point only eight years old but seeming like it was from another world. I had it on while writing an essay, wearing woollen gloves due to the cold and had to stop writing to give it the attention it deserved. It isn't background music. I still get the same shot of  inspiration and intensity from it now. It is, I think, their best album and it's one which still hits me hard today. I can leave it aside for months and when I put it on it surprises and excites me, one of those records which has soundtracked my adult life.

As an extra, Brian Griffin's unused shots for the sleeve are superb, this one in particular. 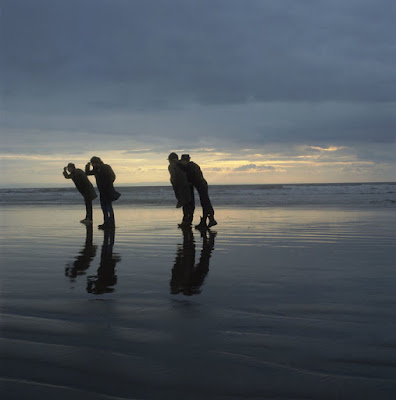 Ian's lyrics drift between the inane and deeply meaningful. I struggle with the 'windswept' Bunnymen tracks, but i am moved by 'All my colours' and 'The Disease'. Once the bass comes in towards the end it is quite extraordinary. Someone has got to do an edit and extend this. I can imagine a atmospheric dubstep edit of this.
-SRC

Yeah, I can hear that, extended ambient version would be a winner too

Oh, what an album. One to be played loud for sure but it's also a great headphones album. The best "life as an Arts undergraduate" album of the eighties? Very possibly.

I gave up trying to figure out which Bunnymen album is my favorite a very long time ago. Each of the first 5 albums manages to meet me in a particular place in my life that I am brought back to every time I hear them.
Heave Up Here is the album that sits at the foundation of everything I love about Rock Music. I remember Barney Hoskyns writing a double page spread in NME just as the album was coming out and going on abut the meaning of being Rockist. I am forever glad I read that article before I dove into Heave Up Here, because for almost 40 years now I can say that he hadn't a clue about what EATB were attempting to achieve and just how much of a milestone of Post Punk the album is. If Crocodiles was full of youthful bravado and tension, Heaven Up Here is the product of a band filled with confidence and vision. The album cover is it's point of entry. Expansive, dark and blue, not black, emotional and beautiful. It leaves the listener little time to breath between tracks, gives little warning as to how tightly you might need to be strapped in on the music trip down into the depths and then back out again.
SA you are so right about listening to Heaven Up Here. It isn't meant to soundtrack your life, it's meant to stop you in you tracks and command your full attention.

One of my favourite albums of all time. I return to it every so often and never tire of it.