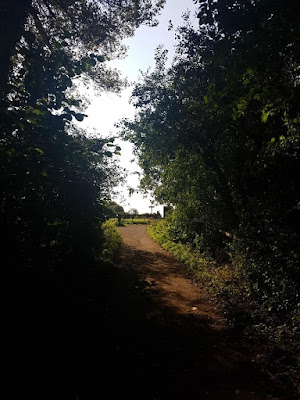 Sinead O'Connor is back, a single released on Friday that is as powerful, moving and heartfelt as anything she's done in the past. Never one to shy away from real life issues and always prepared to wear her heart on her sleeve Trouble Of The World is a cover of a traditional song made famous by Mahalia Jackson (who was on the stage at the March On Washington in August 1963 and was the person who drove Martin Luther King to go off his script when he made his I Have A dream speech- 'tell it Martin, tell them your dream' she is said to have told him). The cover was inspired by the Black Lives Matter movement and all the proceeds will go towards BLM. It was produced by David Holmes in Belfast, a place steeped in it's own history of civil rights and protest. The video was directed by Don Letts. Buy it at Bandcamp.

I posted this song earlier this year, back in April which seems a long time ago now, but it's worth posting again and going back to. The Emperor's New Clothes is a song about more personal issues- fame, boyfriends, pregnancy, advice being offered, people's views of her and how she should look, being a single mother- but as Sinead knows the personal is also the political.

Sinéad's still got it. Great clip here of her performing on The Late Late Show here in Ireland during lockdown. Always powerful.
https://youtu.be/aBzVCwvxOLw

This is a good song, and proof that she definitely does still have it. Lost touch with her in recent years but will have to rectify that.

She still has a fantastic voice for this great song. And Don Letts realized an impressive video.

Sinead is definitely a force for good in the world.

I'm glad that Sinéad O'Connor continues to make music and this is a great return. David Holmes' provides a sympathetic and spacious background, though the a capella is equally moving. Don Letts' video is a perfect complement to the artist, the song and the message.