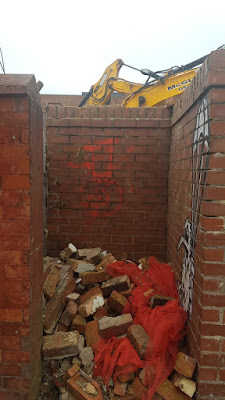 In April I wrote about a Leeds based band called Bushpilot who have had their recordings from the mid- 1990s re- issued by God Unknown Records. The post is here. Bushpilot made a splendid racket, channelling all kinds of leftfield influences. Former singer Ross recently got in touch to ask if I'd like a copy of their album 23, a beautifully packaged vinyl release (I said yes obvs). In the email he said the album includes a nineteen minute opus, a recording edited down from an original twenty seven minute take. Ross said it was 'like a collaged post punk Can, and was in reality mostly recorded on come downs from being at legendary Morley techno night the Orbit' and I can't add anything to that which is any better. I recommend you hit play and cancel anything else you were planning on doing for the next twenty minutes.

Then go and buy 23 at Bandcamp.

That was quite a lot of fun! Post Punk Can - SPOT ON!