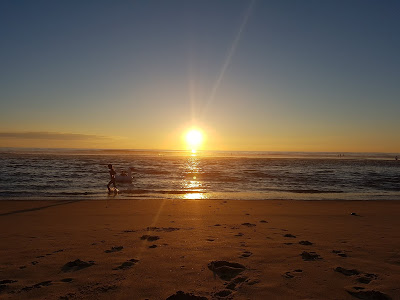 José Padilla has died of cancer aged sixty four. He arrived in Ibiza in 1975 and graduated through the club scene as a DJ, playing Es Paradis and Amnesia before eventually playing sets at the Café del Mar, a bar in San Antonio that looks out over the Mediterranean and where each evening the sun dissolves into the sea. Jose would pioneer an entire new genre of music that would end up being called Chill Out. Padilla played an eclectic mix of music to accompany the sunset and afterwards and as the late 80s became the 90s his DJ sets became the thing of legend. He recorded an Essential Mix for the BBC in 1995, here, that gives an idea of his style. In 1994 he launched a series of compilation albums, out on double vinyl, that brought together the songs he played as the sun went down. Volume One and Two (or Uno and Dos to give them their proper names) are proper slices of mid 90s culture, records to play after a night out, comedown tunes to go with tea, cigarettes and chatter, the buzz of the club wearing off into something warm and glowing, songs for a Sunday morning- William Orbit, Penguin Café Orchestra, Sabres Of Paradise, Leftfield, Underworld, A Man Called Adam, Tabula Rasa...

Sunset At The Café del Mar

I've never been to the Café del Mar, never watched the ball of fire sink into the sea as José spun laidback, downtempo tunes with snaking melodies and blissed out vocals. But José's outlook has had a huge impact on my tastes and record collection, the whole idea of bringing different types of music together as long as they fit the mood, a mish- mash of old and new, dance music and oddities, ambient and Balearic, a world where A Man Called Adam's Estelle, The Art Of Noise, the theme from Hill Street Blues and Music For A Lost Harmonium all live alongside each other. I've spent hours attempting to emulate José's style in the early hours or when making tape compilations or even, now I think of it, with some of the series of Isolation Mixes I did in the spring and summer.

It's fair to say that what José pioneered on the shores of the Mediterranean spread worldwide in the 1990s and afterwards, ripples and waves landing on shores a long way from San Antonio. 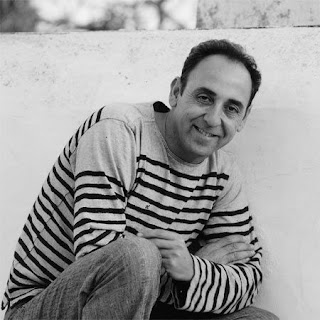 "Tea,cigarettes and chatter..." I'm missing moments like that. I've never been to Ibiza or seen JP play, but always loved an eclectic after club mix.

The Ibiza DJ's really went under the radar. I note from my original copy of Bill Brewster's excellent 'Last Night a DJ Saved my Life', the tome of DJ culture, that neither Jose or the Balearic scene were mentioned when originally written. So much is still being excavated about them and their sound, thanks especially to the brilliant balearic evangelist Ban Ban Ton Ton. This really was a new way of experiencing and listening to music. So sad that one of the masters has now passed away. RIP Jose.
-SRC

That's a coincidence SRC, I looked at Bill Brewster's book the night before last and was amazed to see Jose Padilla only had 2 page references in the index. And yes I agree, Ban Ban Ton Ton is brilliant.

Those first few Cafe del Mar compilations are properly era-defining. It seems simple to say 'play what fits the mood', but snobbery being what it is in music meant that precious few actually did. Thanks to Jose for opening up eyes, ears and minds.

Yes Adam I think Bill Brewster's Book has gradually been updated on newer editions, but my 1999 print run has zero reference to Jose. In retrospect, clearly there should have been a chapter on the original Ibiza DJ's and Baldelli's Afro Cosmic scene. Of course the Cafe del Mar comps were filtering out by then, but the breadth and scope of Jose's and the other balearic DJ's music selections was yet to be fully unearthed by a few balearic apostles and obsessives.
-SRC