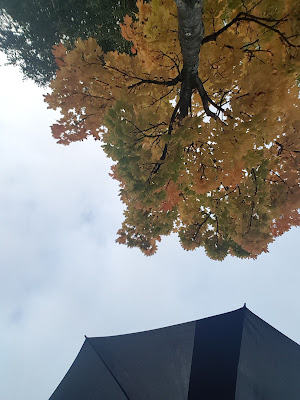 Back in 2000 Andrew Weatherall and Keith Tenniswood purified the Two Lone Swordsmen sound on their triple vinyl album Tiny Reminders. It was a brutalist version of version of techno and electro, machine tooled funk drilled into short, sharp tracks with functional titles- Neuflex, Section, Akwalek, The Bunker, Brootle. It is futuristic, bass heavy, music, clattering drum machines and FX and utterly absorbing. There are also moments of strangely comforting static noise and moments of ambient beauty (It's Not The Worst I've Looked... Just The Most I've Ever Cared). Tiny Reminders demands a much longer, more considered appraisal than this, this is merely to provide some background to today's track of choice.

Around this period the Swordsmen often remixed other artists. Many of these remixes were white label only, limited releases, much sought after by a small band of followers. It's fair to say that this was not Weatherall at his most assessible. In the list of artists there were retooled are some familiar names (Primal Scream, Dot Allison (with Slam), Stereo MCs and Saint Etienne were all remixed by Andrew previously), some names who seemed to be a more natural fit (Calexico and Lali Puna) but also some surprising ones, not least Starsailor and Texas. Starsailor were post- Britpop band from Wigan, built around the voice of Chorley resident, singer James Walsh. Their mid paced acoustic guitar melancholia filled a need in the early years of the 21st century, a period when guitar bands seemed lost.

Two Lone Swordsmen took their song 2001 Good Souls and transformed it, sending it miles away from the sound of the band and their influences (Oasis, Jeff Buckley). Weatherall and Tenniswood find a bouncing, reverberating noise and spring, echoes of noises and scratchy sounds and then bring a drumbeat in, a locked dusty groove around which everything else moves. Some foreground synth sounds pan from left to right and back. Water pumps and hissing pistons come in and out. How much of these samples and sounds came from Starsailor's mastertapes and how much from the TLS library is open to question. There's a recurring sound, a hook of kinds that at three minutes leads into the vocal, an isolated, delayed syllable of James Walsh that seems to give a single word... 'Jah'. Then the drumbeat comes back in and the springs, echoes and metallic cracks return and things build into a kind of groove, the dustiness of the bunker they remixed it in, smoke clearly hanging in the air, audible in every snippet of sound. The drums stop and some of the echoes and sounds stagger on, eventually disappearing one by one until five minutes fifty one. It's a long way from home, a long way from the M61, in the early 2000s.

I'm surprised that there are no other comments on this yet. Even as a fan of Weatherall and Two Lone Swordsmen, Tiny Reminders was a hell of an album. Fair comment about Weatherall's "inaccessible period" yet perversely I stuck with it and I'm actually finding more to enjoy and love about these songs and remixes the further into the past they travel.

I'll be honest, I really didn't like Starsailor, but I did like the remixes of their songs, particularly those by Soulsavers and especially this Two Lone Swordsmen remix which as you mention arguably features very little Starsailor.

Likewise, buying a Texas CD single was against my every instinct, not least because the lead track was so anodyne, but the two TLS remixes more than made up for it.

You're right Khayem, I think some of these remixes sound even better now than they did then, this one definitely. Texas and Calexico too.